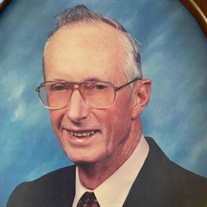 Alton Guy Daniels, 89, a lifelong resident of the Chenoweth Creek Community passed away Monday, March 29, 2021, following a brief illness and under the care of West Virginia Caring. Alton was born on November 26, 1931, at the family residence on Chenoweth Creek, a son of the late Guy Wesley and Ethel Mae Daniels. On November 9, 1960 in Elkins, he wed Mary Sue Harman, who preceded him in death September 10, 2018, having celebrated fifty seven years of marriage. Surviving is one son, Kevin Wesley Daniels and fiancée Vickie Hamrick; daughter Barbara Wetsch and husband Daniel; granddaughter Krista Pyles and husband VJ all of Elkins; grandsons Dr. Derek J. Wetsch and wife Allie of Morgantown and Aaron W. Wetsch of Beverly. Also surviving are great-grandchildren Bronson and Addison Pyles of Elkins. He is also survived by brothers and sisters-in-law, Dorothy Daniels, Harold P. Weese, Robert Joe and Virginia Harman, John and Mary Harman, James and Janet Harman and Jack and Sandra Harman, all of Elkins. As well as several nieces, nephews and many special friends. Also preceding him in death in addition to his wife and parents were brothers, Gavin Wesley Daniels and Robert R. “Bob” Daniels and sisters, Bernadine Daniels Poe, Orlela Daniels Combs, Mary Elaine Daniels, and Delores Daniels Sedivy. Additionally, he was preceded in death by sister-in-law, Erda Mae Weese; nephews Jeffrey Steven Daniels, Gavin W. “Danny” Daniels, II, Gregory Scott “Scottie” Harman and Harold P. “Hal” Weese, II and niece Sandra Wesley Poe. Alton attended the schools of Randolph County and entered the United States Army in February 1956 as a PFC in the 13th Battalion 8th Division and the Heavy Armored Division stationed in Germany. He was a Dairy and Beef Cattle farmer his entire life having started working on the farm at the age of five. He began his work in construction with Dennis Hamrick and continued his career working for Red and Steve Hannan Construction which he truly enjoyed. Alton loved working on the farm and planting and caring for his beautiful gardens, which he took so much pride in. He loved to share the garden vegetables with his friends and neighbors. Alton loved his grandchildren and great-grandchildren and was so proud of each of their accomplishments. He enjoyed the outdoors, deer hunting at Pond Lick with his family and friends, watching WVU sports and good food, especially meals prepared by his loving wife. He was a member of the Wayside United Methodist Church where he enjoyed singing in the Men’s Chorus. A graveside service will be held at 2:30 pm Saturday, April 3, 2021 at the Daniels/Chenoweth Cemetery, Maple Lane, Elkins, with Pastor Tim Turner and Pastor David Collins officiating. Presentation of the American Flag will be made by members of the West Virginia National Guard Honor Guard Program. Interment will follow. Contributions may be made to a charity of choice in memory of Mr. Daniels. The Tomblyn Funeral Home of Elkins in charge of the arrangements for Alton Guy Daniels. Condolences may be expressed to the family at www.tomblynfuneralhome.com.

Alton Guy Daniels, 89, a lifelong resident of the Chenoweth Creek Community passed away Monday, March 29, 2021, following a brief illness and under the care of West Virginia Caring. Alton was born on November 26, 1931, at the family residence... View Obituary & Service Information

The family of Alton Guy Daniels created this Life Tributes page to make it easy to share your memories.

Alton Guy Daniels, 89, a lifelong resident of the Chenoweth Creek...