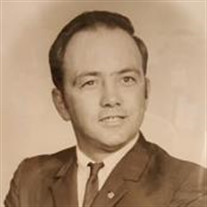 Arnold Ray “Bud” Lewis passed into the loving hands of our Savior on Saturday, February 24, 2018 in Florida. He was born June 6, 1940 in Beverly, a son of the late George Arnold “Punk” Lewis and Juanita Esta Mae Lewis. Bud was a good Godley man and soul mate of his wife Shirley Lewis of fifty two years who resides in Okeechobee, FL. Also surviving is one son, Roger Newport and wife Donna and grandson Mike. Also surviving are two brothers, Paul Edward Lewis of Morgantown and Alfred Joe “Samp” Lewis and wife Brenda of Beverly. One sister Linda Darlene McCollam and husband Bill of Elkins, sisters-in-law, Sue Lewis, Dora Lewis Liggett and Agnes Lewis and two brothers-in-law, Bob Dewitt, and Roy Hedrick and wife Penny. Several nieces and nephews and special friends, Brian and Susanne Jeffers. Also preceding him in death was one son, Randall L. Hedrick, five brothers, Allen Dent, Charles J, Luther Guy, Glen Earl and Harry Eugene Lewis. Two sisters, Lillian Lea Dewitt and Donna Francis (Stalnaker) Brant; sisters-in-law, Betty Lewis, Shirley Hedrick and Sandy Lewis; brothers-in-law, Wilson Stalnaker, Bill Brant and James Hedrick; nieces, Glenda Peters and Lea Donann Stalnaker; nephew, Charles Joe Lewis and great nephew, Bryan Glen Joseph Nowak. Bud ran the race well, fought the good fight and he loved God and others. He had several spiritual children and he challenged many people to think about where they were going to and not where they have been. He boldly challenged many people to make heaven their final resting place. He proudly served our country in the U.S. Navy and was a member of VFW and American Legion. And was retired from the CSX Corporation where he had worked for thirty four years. He was a member of the First Baptist Church of Okeechobee, FL and had served as a Deacon, the Levite Ministry and led devotion at First Baptist Church Mission House. He was strong in his faith and touched many lives with his belief in the Lord. He enjoyed going to the camp in WV to hunt and fish with his brothers and other family members. Friends may call from 11:00 AM until 1:00 PM Monday, March 5, 2018 at the Tygart Valley Baptist Church in Beverly. A funeral service will be at 1:00 PM Monday from the church with Pastor Jack Howell and Dr. Paul Lewis officiating. Cremation will follow. In lieu of flowers, the family suggests that memorial contributions be made to the Tygart Valley Baptist Church, P. O. Box 373, Beverly, WV 26253 in memory of Bud. The Tomblyn Funeral Home of Elkins is in charge of the arrangements for Arnold Ray “Bud” Lewis. Condolences may be expressed to the family at www.tomblynfuneralhome.com.

The family of Arnold Ray "Bud" Lewis created this Life Tributes page to make it easy to share your memories.

Arnold Ray “Bud” Lewis passed into the loving hands of our Savior...