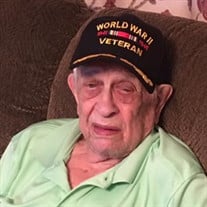 Bayard Lee Swecker, age 95 years, a resident of Harman, passed away Thursday, March 1, 2018 at the Davis Medical Center. He was born April 26, 1922 at Valley Head, a son of the late Kent R. and Floda E. Kyle Swecker. On December 23, 1945 at Arlington, VA, he was married to Jean Alta Ambrose who preceded him in death January 21, 1991. He is survived by three daughters, Deborah J. Tranum and husband Tom of Keyser, WV, Brenda Heavner and husband Dick of Mt. Storm and Tammie Daniels of Harman. Seven grandchildren, Tracie McDonald, Jay Heavner, Becky Pelfrey, Josh Ketterman, Jesse McDonald, Savannah Wilkins, Whitney Oliverio and six great grandchildren. He was the last surviving member of his immediate family having been preceded in death by his parents, three brothers, Jonas, George and Gary Swecker and three sisters, Winnie Dyche, Lucy Goodman and Bonnie Clatterbuck. Bayard was a Veteran of the United States Army having served during World War II and the Korean War. He retired with thirty five years of service from the Randolph County Board of Education having taught science and vocational agriculture at Harman School. Mr. Swecker served as the Harman FFA Chapter advisor where he and his students received numerous state and national awards. He was a member of the Thomas Fairfax Lodge No. 74 AF & AM, Randolph County Retired Teachers Association, Harman Post 5781 Veterans of Foreign Wars and the American Legion Post 0041 at Keyser. He was a former member of the Elkins Pilots Club, an avid photographer and a member of the Harman Presbyterian Church. Friends may call from 5:00 pm until 8:00 pm Monday, March 5th, 2018 at the Tomblyn Funeral Home in Elkins. A funeral service will be held at 11:00 AM Tuesday, March 6th from the funeral home chapel with Pastor Wes Sebree officiating. Interment will follow in the Valley Head Cemetery at Valley Head. Full Military Honors will be accorded at the gravesite by members of H.W. Daniels Post 29 American Legion, Tygart Valley Post 3647 Veterans of Foreign Wars and West Virginia National Guard Honor Guard Program. Memorial contributions may be made to a charity of choice in memory of Mr. Swecker. The Tomblyn Funeral Home of Elkins is in charge of the arrangements for Bayard Lee Swecker. Condolences may be expressed to the family at www.tomblynfuneralhome.com.

The family of Bayard Lee Swecker created this Life Tributes page to make it easy to share your memories.