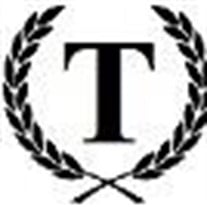 Berlin D. Gibson, age 88 years, a resident of Georgetown Road, Elkins, passed away Monday morning, August 20, 2018 at Ruby Memorial Hospital in Morgantown. He was born September 16, 1929 at Coal Valley, PA a son of the late Solomon R. and Emma Smith Gibson. He is survived by two sons, Michael Gibson and wife Mary and David Gibson and wife Rebecca, all of Long Island, NY. One daughter, Maryann Brigingham and husband Ed of Arkansas. Two brothers, Guy Gibson and wife Ruth and Kyte Gibson, of Elkins. Three sisters, JoAnn Fretwell and Connie Bolse, of Elkins and Leoda West. Also surviving are five grandchildren and six great grandchildren. Also preceding him in death were two brothers, Robert and Richard Gibson, two sisters, Norma Jean Sutton and Cleota Vanscoy. Berlin was a graduate of Elkins High School and a Veteran of the United States Air Force until 1949 and also the United States Army until 1952. He was a gas pipe installer and repairman for the Long Island Lighting Company for thirty years prior to his retirement. He was a member of Tygart Valley Post 3647 Veterans of Foreign War. Friends may call from 5:00 pm until 7:00 pm Wednesday, August 22, 2018 at the Tomblyn Funeral Home in Elkins. A funeral service will be held at 10:00 am Thursday, August 23, 2018 from the funeral home chapel with Pastor A. H. Belt officiating. Interment will follow at the American Legion’s Little Arlington Cemetery at Cravensdale where full military honors will be accorded by members of the West Virginia National Guard Honor Guard Program, HW Daniels Post 29 American Legion and Tygart Valley Post 3647 Veterans of Foreign War. The Tomblyn Funeral Home of Elkins is in charge of the arrangement for Berlin D. Gibson. Condolences may be expressed to the family at www.tomblynfuneralhome.com.

The family of Berlin D. Gibson created this Life Tributes page to make it easy to share your memories.