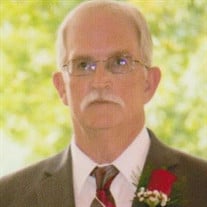 Mr. Billy Joe Carter, age 65 years, a resident of Jimtown, passed away Tuesday evening, August 2, 2016 at his home following an extended illness. He was born August 14, 1950 in Elkins a son of the late Elmer Ray Carter and the late Opal Mae Hinzman Rhea. On November 12, 1975 at Coalton, he was married to Suzanne Broschart Carter who survives at Jimtown. Also surviving are three sons, William Travis Carter and wife Amanda, Elkins, WV, Justin Tate Carter and wife Mystee of Tacy, WV and Eric Tyler Carter and wife Trisha of Lost Creek, WV. Two brothers, Jack Tuning and wife Sandy, Jacksonville, FL and Richard Carter and wife Donna of Coalton, a brother-in-law, Herman Carter and wife Ellen, Huttonsville; three sisters, Janice Carter, Dailey, WV, Bonnie Hagan, Brunswick, MD and Fern Carter of Elkins; six grandchildren, Cadence, Kennedy and Cohen, Justice, Emmah and Graeson also survive. A seventh grandchild, Lincoln, whose arrival, is anticipated in September. Billy was a graduate of Coalton High School where he excelled in basketball and was later inducted in the Randolph County Hall of Fame. He was a Veteran serving in the United States Army during the Vietnam War. Following his military service in Vietnam, he was a member of the Army All-American Basketball Team where he competed internationally. He later obtained a degree in Criminal Justice from Fairmont State College and was a founding member of the Huttonsville Correctional Facility K-9 Unit. He served as an official for the WVSSAC for high school and college basketball games and served as Commissioner of the Elk’s Babe Ruth Baseball Program in Elkins. He was a member of St. Patrick Catholic Church at Coalton. At the request of the deceased, his remains were cremated. The family will receive friends from 6:00 pm until 7:00 pm Tuesday, August 9, 2016 at the Tomblyn Funeral Home in Elkins. A memorial service will be held at 7:00 pm Tuesday from the funeral home chapel with the Very Rev. Mark T. Gallipeau, VF as the presider. Memorial contributions may be made to Randolph County Cancer Support Group, PO Box 2361, Elkins, WV 26241 or Mountain Hospice, 1600 Crim Avenue, Belington, WV 26250 in memory of Mr. Carter. The Tomblyn Funeral Home of Elkins is in charge of the arrangements for Mr. Billy Joe Carter. Condolences may be expressed to the family at www.tomblynfuneralhome.com.

Mr. Billy Joe Carter, age 65 years, a resident of Jimtown, passed away Tuesday evening, August 2, 2016 at his home following an extended illness. He was born August 14, 1950 in Elkins a son of the late Elmer Ray Carter and the late Opal Mae... View Obituary & Service Information

The family of Billy Joe Carter created this Life Tributes page to make it easy to share your memories.