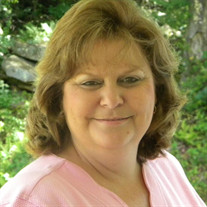 Carol Ann (née Welch) Edmond, born December 21, 1960, passed away at home in Norton on August 16, 2021. Carol is the daughter of Juanita R. (née Poling) Welch of Martinsburg and the late Robert L. Welch, Sr. Carol is survived by her loving husband Roger N. Edmond. They were married on June 10, 1978. Her memory will be forever cherished by her two sons, Jason Neil (Casey) in Audra Park, and Charles Robert (Holly) in Tallahassee, Florida; two grandsons, Devin (companion Erika) and Ethan (Erin); one granddaughter, Autumn; one great granddaughter, Aurora; two brothers, John (Vicki) Welch in Norton and Robert L. Welch, Jr. (Susan) in Inwood; one sister, Liz (née Welch) Currence in Martinsburg; several nieces and nephews; and dear friends Judy Primavero, David and Donna Edmond, and her church family. Carol was an active member of Kynette United Methodist Church, where she served as secretary. She enjoyed doing fundraisers for the church, such as candy Easter egg making and spaghetti dinners. She was also involved with feeding the homeless in partnership with World Vision at Wayside Methodist Church. Carol, along with her mother and her aunts Shirley, Mildred, and Carolene, enjoyed taking trips together to Ohio, Tennessee, and Italy. The visitation will be held from 6: 00pm until 8: 00pm Wednesday, August 18, 2021 at the Tomblyn Funeral Home in Elkins. A funeral service will be held at 11:00 am Thursday, August 19th from the funeral home chapel with Rev. Gary Phillips officiating. Interment will follow at the Mountain State Memorial Gardens near Gilman. In lieu of flowers, memorial donations may be made to Kynette United Methodist Church Norton, WV 26285. Condolences can be offered to the family at https://www.tomblynfuneralhome.com/obituaries/Carol-Edmond-2/

The family of Carol Ann Edmond created this Life Tributes page to make it easy to share your memories.