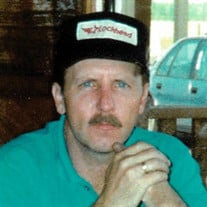 Charles Hubert Armentrout, age 71 years, a resident of Havelock, NC, passed away Wednesday, January 22, 2020 at his home. He was born, May 16, 1948 in Harman, WV, a son of the late Charles William and Goldie Bodkins Armentrout. He was married to Bebite “Beth” Sangco who survives in NC. Also surviving are two sons, Scott Armentrout of TN and Charles Edward Armentrout of Havelock, NC and three daughters, Tammy Armentrout Razo of Springs, TX, Debbie Armentrout Jackson of VA and Bethannie Anne Armentrout of Havelock, NC. Two sisters, Mary Armentrout and Sharon Blosser and husband Jim, all of Elkins, nine grandchildren and seven great grandchildren also survive. Also preceding him in death was one infant sister, Dorothy Armentrout. While attending high school, Charles was a guitarist in the Shades Band. At the age of 18 in 1966, he entered the military and was a Veteran of the United States Army. During his military career, he was in helicopter mechanics school and was then the Crew Chief in charge of the helicopters. During Vietnam, he was a Gunner on the helicopters and a Parachutist with the 101st Airborne Battalion known as the “Screaming Eagles”. In Vietnam, he received the Purple Heart after being shot down. In 1969, he became a Mechanic Instructor at Fort Eustis, VA and in 1972; graduated from pilot training in Ft. Ruskin, Alabama receiving his Pilots Wings and flew the Huey Helicopters. He was then stationed in Hawaii before retiring as a Chief Warrant Officer. In the 1980’s in Louisania, he helped fabricate the fuel tank used for the Space Shuttle Program. He later retired from the National Defense Department where he was a sheet metal mechanic. Charles was a member of the Ocean Mason Lodge No. 0405 of Morehead City, NC, life member of the Disabled American Veterans Chapter 26 of Havelock, NC and the Military Order of the Purple Heart. Friends may call from 10:00 am until 12:00 noon Tuesday, January 28, 2020 at the Tomblyn Funeral Home in Elkins. A funeral service will be held at 12:00 pm Tuesday from the funeral home chapel with Pastor Paul Tate officiating. Interment will follow in the American Legion’s Little Arlington Cemetery where full military honors will be accorded by members of the WV National Guard Honor Guard Program, HW Daniels Post 29 American Legion and Tygart Valley Post 3647 Veterans of Foreign Wars. In Lieu of flowers, the family suggests that memorial contributions be made to the American Cancer Society, P.O. Box 720295, Oklahoma City, OK 73172-0295 in memory of Charles. The Tomblyn Funeral Home of Elkins is in charge of the arrangements for Charles Hubert Armentrout. Condolences may be expressed to the family at www.tomblynfuneralhome.com.

Charles Hubert Armentrout, age 71 years, a resident of Havelock, NC, passed away Wednesday, January 22, 2020 at his home. He was born, May 16, 1948 in Harman, WV, a son of the late Charles William and Goldie Bodkins Armentrout. He was married... View Obituary & Service Information

The family of Charles Hubert Armentrout created this Life Tributes page to make it easy to share your memories.