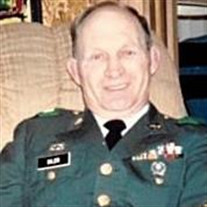 Mr. Charles R. “Charlie” Siler, age 80 years, a resident of Elkins, passed away Friday evening, December 15, 2017 in the Elkins Rehabilitation and Care Center. He was born August 25, 1937 in Elkins a son of the late Joseph and Wanda Phillips Siler. He was married to Margaret Ellen Gum Siler who preceded him in death on March 21, 2009. Surviving are three sons, Timothy Siler, KY, Philip Siler of NC and Christopher Siler and wife Leslie of Elkins. Two daughters, Regina of KY and Sue Ellen Siler of Elkins; one brother, Joseph Siler and wife Paula, Parsons, WV; four sisters, Joanna Kellogg, Patricia Cooper and Barbara Ingersoll all of MD and Mary Jane Spencer and husband Garry of OH; seven grandchildren and four great grandchildren also survive. Also preceding him in death besides his wife and parents was his beloved dog and companion “Munchkin”. Charlie attended the schools of Randolph County. He served in the 1st Army Division of the United States Army at Fort Knox, KY, Straubing and K-Town Germany. He later served with the 201st Unit Army National Guard. Charlie served his country and his state a total of twenty seven years, five months and thirteen days. He was employed by the West Virginia Depart of Highways prior to his retirement, was a former member of H.W. Daniels Post 29 American Legion and was a member of St. Brendan Catholic Church. He loved hunting, fishing and woodworking. Friends may call from 6:00 pm until 8:00 pm Wednesday, December 20, 2017 at the Tomblyn Funeral Home in Elkins. A Wake Service will be held at 7:00 pm Wednesday from the funeral home chapel with Reverend Father Timothy Grassi as the presider. On Thursday, December 21st, he will be moved to St. Brendan Catholic Church where the Mass of Christian Burial will be celebrated at 11:00 am. Rev. Father Timothy Grassi will be the Celebrant and interment will follow in St. Brendan Catholic Cemetery. Full military honors will be accorded at the gravesite by members of the West Virginia National Guard Honor Guard Program, H.W. Daniels Post 29 American Legion and Tygart Valley Post 3647 Veterans of Foreign Wars. Memorial contributions may be made to Disabled American Veterans, Veterans Regional Office, 640 4th Ave., Room 138, Huntington, WV 25701 in memory of Charlie. The Tomblyn Funeral Home of Elkins is in charge of the arrangements for Charles R. “Charlie” Siler. Condolences may be expressed to the family at www.tomblynfuneralhome.com.

The family of Charles R. "Charlie" Siler created this Life Tributes page to make it easy to share your memories.