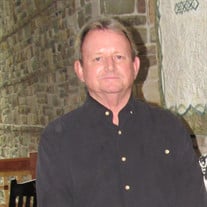 Charles David “Chongo” Skidmore, age 68, a resident of Elkins, passed away Wednesday, May 11, 2022, in the WVU Ruby Memorial Hospital in Morgantown. He had been in his usual health and death was unexpected. He was born September 28, 1953, in Elkins, a son of the late Charles H. and Ethel M. Skidmore. On November 28, 1987, he was married to Linda Howell Skidmore who survives. Also surviving are two brothers, Neal Skidmore and Joe Skidmore, residents of Elkins; and three sisters, Kathy Oldham and husband Tom of Elkins; Susan Graham and husband Ison of Elkins; and Jeanne Dumire of Richmond, VA; and several nieces, nephews and cousins. Left to cherish his memory is also his mother-in-law Libretta Leombruno Howell and his beloved cats Simon, Tassi, Rudy and his best friend Bleu, the snowshoe Siamese. He graduated from Elkins High School in 1971 and attended Davis & Elkins College. He was a member of the St. Brendan Catholic Church where he served as a liturgy reader. He was a member of the Knights of Columbus Elkins Council #603. Most of his career was spent as a DJ and was well known for his Saturday night “Chongo’s Rockin’ Oldies Show” on WELK and WBTQ. His show was twice broadcast from the Rock and Roll Hall of Fame in Cleveland. He also worked for WCDE and WDNE Radio stations, Davis Health System Home Plus and Peebles. He has served as emcee for many community events throughout his life, including introduction of Three Dog Night at the Mountain State Forest Festival Classic Rock Show and many other headline performers and speakers. At the time of his death, he was employed by The Inter-Mountain as an Account Executive. Friends may call from 5:00 pm until 8:00 pm Monday, May 16, 2022 at St. Brendan Catholic Church. A vigil service will be held at 7:30 pm Monday at the church. A celebration of life will be held at St. Brendan Catholic Church on Tuesday, May 17 at 11:00 am. Father James O’Connor and Deacon Raymond Godwin will be the celebrants. “Chongo’s” request for cremation will then be honored. In lieu of flowers, the family request donations are made to St. Brendan Catholic Church, 181 St. Brendan Drive, Elkins, WV 26241 in memory of “Chongo”. The Tomblyn Funeral Home of Elkins is in charge of the arrangements for Charles David “Chongo” Skidmore. Condolences may be expressed to the family at www.tomblynfuneralhome.com.

Charles David &#8220;Chongo&#8221; Skidmore, age 68, a resident of Elkins, passed away Wednesday, May 11, 2022, in the WVU Ruby Memorial Hospital in Morgantown. He had been in his usual health and death was unexpected. He was born September... View Obituary & Service Information

The family of Charles David "Chongo" Skidmore created this Life Tributes page to make it easy to share your memories.