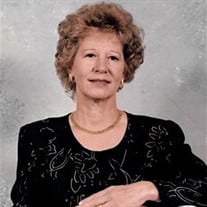 Cheryl “Sherry” Darlene Gilkerson, age 72 years, a resident of Elkins, passed away Sunday, September 16, 2018 at her home. She was born August 4, 1946 at Parkersburg, WV, a daughter of the late Shirley Thomas Biller and Doris Barrett. On June 12, 1993 at Beverly, she was married to Paul M. Gilkerson who survives. Also surviving is one son, Erik Thomas Nefflen of Bowden, one daughter, Vanessa Dawn Nefflen of Flagstaff, Arizona and one grandson, Graydon Marshall Nefflen. One brother, Mark Biller of Elkins and one sister, Kathy J. Helmick of Charleston, WV also survive. Also preceding her in death were two sons, Louis Henry “Hank” Nefflen, III and Jeremy Scott Gilkerson. Sherry was a graduate of Elkins High School, Davis and Elkins College, Marshall University and West Virginia University. Prior to her retirement, she was a Computer Lab Coordinator for the Randolph County Vocational Center and had been a teacher for thirty six years for the Randolph County Board of Education touching the lives of countless students of Randolph County. She was an Adjunct Faculty at WV Institute of Technology and Fairmont State College. She was an IBM Corporation Education Specialist Consultant and was awarded Educator of the Year in 1987 from the Electronic Learning Magazine and an Honorary “Kentucky Colonel” Commissioned by the Governor of Kentucky. She was a member of the First United Methodist Church of Elkins. Friends may call from 6:00 pm until 8:00 pm Wednesday, September 19, 2018 at the Tomblyn Funeral Home in Elkins. A funeral service will be held at 11:00 am Thursday, September 20th from the funeral home chapel with Pastor Bryan Headley officiating. Interment will follow in Mountain State Memorial Gardens near Gilman. Memorial contributions may be made to Mountain Hospice, 1600 Crim Avenue, Belington, WV 26250 in memory of Sherry. The family would like to extend a special thank you to Sherry’s caregivers, Pansy, Chassity and Bethany, and the support staff, nurses and aids of Mountain Hospice. The Tomblyn Funeral Home of Elkins is in charge of the arrangements for Cheryl “Sherry” Darlene Gilkerson. Condolences may be expressed to the family at www.tomblynfuneralhome.com.

Cheryl &#8220;Sherry&#8221; Darlene Gilkerson, age 72 years, a resident of Elkins, passed away Sunday, September 16, 2018 at her home. She was born August 4, 1946 at Parkersburg, WV, a daughter of the late Shirley Thomas Biller and Doris Barrett.... View Obituary & Service Information

The family of Cheryl "Sherry" Darlene Gilkerson created this Life Tributes page to make it easy to share your memories.