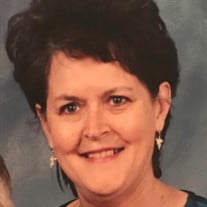 Cornelia M. “Connie” Huffman, age 78 years, a resident of Harman passed away Wednesday, February 26, 2020 at Colonial Place. She was born May 24, 1941 in Onego, WV a daughter of the late Ralston W. and Gladys Bible “Kate” Sites. On July 24, 1964 at Elkins, she was married to Richard T. Huffman who preceded her in death November 8, 2014. She is survived by two sons, R. Alan Huffman of Elkins and Stacy Ray Huffman and wife Laura of Maysville, WV; three grandchildren, Michael McDaniel & wife Sydney, Richard Paul Huffman, Kate Eleanor Huffman and one great grandson, Klayton Tyler McDaniel. Also preceding her in death was one daughter, Cynthia L. McDaniel, one grandson, Tyler McDaniel, two sisters, Naomi Clatterbuck and Iona Sites; one brother, John Sites. Connie was a graduate of Circleville High School with the Class of 1959. She had worked at C&P Telephone, Blackwater Falls and Canaan Valley Ski Resort but her best job was being a wife, mother and homemaker. She was a member of the Early Bird Bowling League, volunteered with many events at the Harman School, was an avid homemaker and shopper. Friends may call from 5:00 pm until 7:00 pm Sunday, March 1, 2020 at the Harman Presbyterian Church. A funeral service will be held at 10:00 am Monday, March 2, from the church with Pastor Gray Hinkle officiating. Interment will follow in the Cooper Cemetery on Allegheny Mountain. In lieu of flowers,the family requests that memorial contributions be made to Shriner's Hospitals for Children, P.O. Box 31356, Tampa, FL 33631-3356 or St. Jude Children's Research Hospital, 501 St. Jude Place, Memphis, TN 38105 in memory of Connie. The Tomblyn Funeral Home of Elkins is in charge of the arrangements for Cornelia M. “Connie” Huffman. Condolences may be expressed to the family at www.tomblynfuneralhome.com.

The family of Cornelia Mae Huffman created this Life Tributes page to make it easy to share your memories.