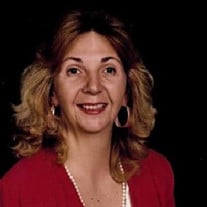 Cynthia “Cindy” Currence Reel, age 65 years, a resident of Coalton, passed away Friday, October 11, 2019 in the Davis Medical Center following an extended illness. She was born November 3, 1953 at Elkins, a daughter of Daisy Williams Currence of Mabie and the late George Currence. On December 16, 1972 she was married to Richard A. “Dick” Reel who preceded her in death April 10, 1989. Also surviving is one son, Tracy Reel of Coalton; two sisters, Nancy Sturdivant and husband David of Beverly and Phyllis Mastrogiuseppe of Coalton; three brothers, George “Rick” Currence and wife Donna of Florida, Gregory “Bruce” Currence and wife Linda of Hedgesville and Gary “Steve” Currence and wife Cathy of Mabie, brothers-in-law Bill Reel of Elkins and Kenny Currence of Cassity. Several nieces and nephews; great nieces and great nephews also survive. Also preceding her in death was one son, Eric Reel; mother-in-law Phyllis Reel Wildman; father-in-law Charles Bud Reel; one sister Christine Wratchford; niece GiGi Wratchford and nephew Joshua Currence. Cindy was a graduate of the Coalton Twelve Year School where she was a member of the National Honor Society. She attended Glenville State College and later completed her Bachelor’s Degree from Davis & Elkins College and her Masters in Special Education from West Virginia University. She had worked as a Special Education Teacher with the Randolph County Board of Education. She had been a member of the Coalton Elementary School PTA serving as President for several years and a 4-H Leader. She had been Secretary of the Rowan Memorial Cemetery and was a member of the Rowan United Methodist Church. Cindy had made a huge impression and touched many lives of those that knew her. She was very talented, there wasn’t anything that Cindy couldn’t do, crotchet, sew, macramé, leather work, ceramics making many things for family members. Friends may call from 6:00 pm until 8:00 pm Monday, October 14, 2019 at the Tomblyn Funeral Home in Elkins. A funeral service will be held at 11:00 am Tuesday, October 15th from the funeral home chapel with Rev. Stella Faye Moyer officiating. Interment will follow in the Rowan Memorial Cemetery at Mabie. Memorial contributions may be made to the Alzheimer’s Association, WV Chapter, 1601 2nd Avenue, Charleston, WV 25387 or to the Shriner’s Hospital for Children, P. O. Box 31356, Tampa, FL 33631-3356 in memory of Cindy. The Tomblyn Funeral Home of Elkins is in charge of the arrangements for Cynthia “Cindy” Currence Reel. Condolences may be expressed to the family at www.tomblynfuneralhome.com.

The family of Cynthia Reel created this Life Tributes page to make it easy to share your memories.