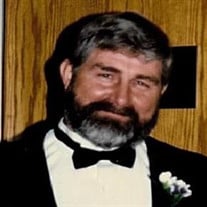 Dale Gene Wilfong, age 70 years, a resident of the Glenmore Community, Elkins, passed away Monday, March 18, 2019 at his home. He was born December 5, 1948 at Montrose, a son of the late Sewell W. and Wilma Vanscoy Wilfong. On July 17, 1971 at Beverly, he was married to Deborah Cook who survives. Also surviving are three daughters, Betsy Hilson and husband Chris, Kelly Vandevander and Wendy Collins and fiance’ Jeremy Hamrick, all of Elkins. Four brothers, Neil Wilfong and wife Ruby of Montrose, Duane Wilfong and wife Shirley of Gilman, John “Ed” Wilfong and wife Betty of Gilman, Danny Wilfong of Montrose and Joe Wilfong and wife Sarah of Gilman. Five sisters, Carol Rosier of Montrose, Trudy Rexrode and husband Gary of Gilman, Faye Nesbitt and husband Rick of Kerens, Shelva Lagatta of Escondido, CA and Sheila Workman of Lincolnton, NC. Also surviving are six grandchildren and one great grandchild. Also preceding him in death was one son, Aaron Jeffrey “A.J.” Wilfong, grandson Noah Michael Vandevander, one sister, Linda Wilfong, one brother, Leroy Wilfong and three brothers-in-law, Willard Rosier, Pete Lagatta and Myles Workman. Dale was a Veteran of the United States Army having served during Vietnam where he received the National Defense Service Medal, Vietnam Service Medal and the Vietnam Campaign Medal. He was retired from Hayes Scott Fence and Lumber Company where he had worked as a truck driver. Dale was a loving father and grandfather. He left his mark on many friends with his laughter, smile, and conversations. He will be missed by many. Friends may call from 6:00 pm until 8:00 pm Wednesday, March 20, 2019 at the Tomblyn Funeral Home in Elkins. A funeral service will be held at 11:00 am Thursday, March 21st, from the funeral home chapel with Pastor Mark Epperson officiating. Interment will follow at the American Legion’s Little Arlington Cemetery near Elkins where full military honors will be accorded by members of the WV National Guard Honor Guard Program, HW Daniels Post 29 American Legion and Tygart Valley Post 3647 Veterans of Foreign War. Memorial contributions may be made to the Appalachian Wounded Warrior Project, 661 Point Mountain, Valley Head, WV 26294 in memory of Dale. The Tomblyn Funeral Home of Elkins is in charge of the arrangements for Dale Gene Wilfong. Condolences may be expressed to the family at www.tomblynfuneralhome.com.

The family of Dale G. Wilfong created this Life Tributes page to make it easy to share your memories.