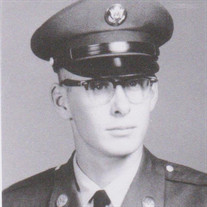 David J. Kennedy, age 76 years, a resident of Norton, passed away Monday, November 28, 2016 in Nella’s, Inc. in Elkins. He was born January 14, 1940 in Prescott, AZ a son of the late Lewis L. Kennedy and the late Vera Miles Kennedy. On June 29, 1963 in France, he was married to Christiane Kennedy who survives at Norton. Also surviving is one son, Frank Kennedy and wife Theresa, Purcellville, VA; two daughters, Lylian Shiflet and husband Ken of Elkins and Sandra Humphries and husband John of Norton. Three sisters, Edith Reynolds, Aurora, CO, Louise Homan, Westminster, CO and Glenda Kennedy, Albion, IL, thirteen grandchildren and six great grandchildren also survive. Also preceding him in death were two brothers, Richard Kennedy and Jessie Kennedy and a sister, Kathleen Sakis. Mr. Kennedy was a Veteran of the United States Army serving in the Vietnam Era. He was employed by the United States Postal Service as a Mail Carrier prior to his retirement. He was a member of the Belington Church of Christ. Friends may call from 6:00 pm until 8:00 pm Thursday, December 1, 2016 at the Tomblyn Funeral Home in Elkins. A funeral service will be held at 11:00 am Friday, December 2nd from the funeral home chapel with Preacher Mike Phillips officiating. Interment will follow in the American Legion’s Little Arlington Cemetery where Presentation of the American Flag will be made by members of the West Virginia National Guard Honor Guard Program. Memorial contributions may be made to the Belington Church of Christ, PO Box 444, Belington, WV, 26250 in memory of Mr. Kennedy. The Tomblyn Funeral Home of Elkins is in charge of the arrangements for Mr. David J. Kennedy. Condolences may be expressed to the family at www.tomblynfuneralhome.com.

The family of David J. Kennedy created this Life Tributes page to make it easy to share your memories.