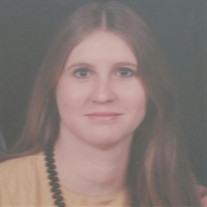 Deborah Jeanne Crawford Hardy, age 59 years, a resident of Elkview, WV, passed away Saturday, June 11, 2016 at her home following an extended illness. She was born July 19, 1956 in Elkins a daughter of the late Maurice Clinton Crawford, Sr. and Alma Leona Thompson Crawford who survives at Kingsville, WV. On April 15, 1977 at Belington, she was married to Edward Wayne Hardy who survives at Elkview. Also surviving is one son, Jason Alan Hardy and wife Kelly of Charleston, WV; two brothers, Maurice Clinton Crawford, Jr. and wife Sandra, of the Talbott Community and Dennis Bryan Crawford and wife Lisa of Elkins. Four sisters, Carolyn Sue Ricotilli of Kingsville Community, Sharon Kay George and husband Donald of Buckhannon, Linda Shreve, Talbott Community and Kathryn Lock and husband Michael of Elkins, mother-in-law, Lulabell Hardy of Parsons and several nieces and nephews also survive. Also preceding her in death was her father-in-law, Edward “Bud” Hardy. Deborah was a graduate of Coalton Twelve Year School with the Class of 1974 and was employed at Jim Lambert Auto in Elkins for ten years and for the past twenty nine years was a bookkeeper for Smith Company Motor Cars in Charleston. She was a Methodist by Faith. Friends may call from 6:00 P.M. until 8:00 P.M. Tuesday, June 14, 2016 at the Tomblyn Funeral Home in Elkins. A funeral service will be held at 1:00 P.M. Wednesday, June 15th from the funeral home chapel with Rev. Robert Leard officiating. Interment will follow in the Mountain State Memorial Gardens near Gilman. Memorial contributions may be made to Hospice Care, 1606 Kanawha Boulevard West, Charleston, WV 25387 in memory of Deborah. The Tomblyn Funeral Home of Elkins is in charge of the arrangements for Deborah Jeanne Crawford Hardy. Condolences may be expressed to the family at www.tomblynfuneralhome.com.

The family of Deborah Jeanne Hardy created this Life Tributes page to make it easy to share your memories.