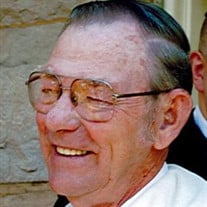 Rev. Donald Lee “Don” Fitzwater, age 86 years, a resident of Elkins, passed away Monday, October 11, 2021 at his home under the care of WV Caring Hospice. He was born July 25, 1935 at Norton, a son of the late Mason M. and Ethel N. Weese Fitzwater. On June 22, 1957 at Oakland, MD he was united in marriage to Glenda J. Foy who survives. Also surviving is one daughter, Donna J. Jones and husband Bob of Elkins; one brother, Kenneth Fitzwater of Indianapolis, IN; a granddaughter, Ashley Ann Pearce and Mike of Summerville, SC; three great grandchildren, Dominic Cunningham and “great granddaughter” Ally Simon of Morgantown, WV, Jackson and Lacey Keller of Summerville, SC and two step-grandchildren, Ashley Jones of Elkins and Adam Jones of Charleston, WV. Three nieces, Vicki Kay Stevenson Welch of Elkins and Janet and Connie and a nephew David Fitzwater of Elkins also survive. Also preceding him in death were two brothers, three sisters and two nephews. Don attended the schools of Randolph County and was a Veteran of the United States Army. He was an ordained minister with the United Methodist Conference prior to his retirement and was very devoted to his churches and congregations that he served. He was an avid outdoorsman, a hunter, fisherman and enjoyed camping. He loved listening to gospel music. He was a member of the First United Methodist Church in Elkins. Friends may call from 5:00 pm until 7:00 pm Friday, October 15, 2021 at the Tomblyn Funeral Home in Elkins. Masks and social distancing is required for anyone attending the visitation. On Saturday, October 16th, Don will be moved to the First United Methodist Church in Elkins where a funeral service will be held at 11:00 am. Rev. Brian L. Seders and Rev. Dr. Basil A. Hensley will officiate and interment will follow in the Mountain State Memorial Gardens near Gilman. The West Virginia National Guard Honor Guard Program will present the American Flag at the Gravesite. Memorial contributions may be made to the Davis Medical Center Cancer Care Center, 801 Gorman Ave., Elkins, WV 26241 in memory of Don. The Tomblyn Funeral Home of Elkins is in charge of the arrangements for Rev. Donald Lee “Don” Fitzwater. Condolences may be expressed to the family at www.tomblynfuneralhome.com.

The family of Rev. Donald Lee "Don" Fitzwater created this Life Tributes page to make it easy to share your memories.