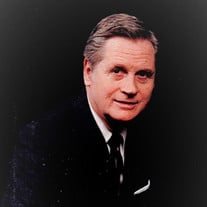 Donald Paul “Don” Martin passed away Saturday, December 18, 2021 at the Davis Medical Center in Elkins. He had been in declining health and had been a resident of Colonial Place – now Mountain Memories in Elkins. Don was born March 21, 1934 in Montrose, WV the youngest son of the late Homer and Amaretta (Clark) Martin. He attended the schools of Montrose and Elkins graduating from Elkins High School in 1952. Don was brought up on a farm in Montrose along with his five brothers and two sisters. As a youngster he served as Patrol Leader in his local Boy Scouts. He was big into 4-H where he was a member of the Mingo tribe and had received many ribbons while in 4-H. Growing up he enjoyed studying piano and trumpet and developed a love of music. Some of his music education came from Mr. and Mrs. Dubay who lived just on the outskirts of Montrose. They were educators at Davis and Elkins College. The Dubays would gather their students every so often and play as a group in Montrose. Don also enjoyed hunting with his boyhood friend Doyle Gainer and his faithful hound dog, Lindey. He was a member of the Mercy Chapel United Methodist Church in Montrose and was very active in the youth fellowship. Don never let anything slow him down. He did his best to participate in everything despite having had Polio. Don attended West Virginia University in Morgantown, WV graduating with a BS degree in Business Administration. He was a member of Sigma Theta Epsilon serving as Vice President, National Treasurer and National Regent. While at WVU he participated in the University Radio Publicity Program, WVU Men’s Glee Club, Financial Secretary of The Student Foundation, University Host of Greater West Virginia Weekend and Intramural Sports. He was an honorary member of the National Philosophical Society, the American Public Welfare Association and the Lewis County Mental Health Association. He also served as Sunday School teacher at a local church. Don stayed busy during his summers off from college having spent two summers as a camp counselor for handicapped children. He also worked as a substitute rural mail carrier on a thirty-eight-mile route and did bulk typing at a private mailing company. After college, Don worked in West Virginia helping to administer Title XIX of the Social Security Act. He continued working in Maryland in Social Work in pre-admissions and Foster Care in an institutional setting. Always wanting to learn more he advanced to working for the Federal Government. He worked in various departments while in Washington, DC starting with the Department of Commerce, Bureau of Census and finally retiring from the US Government Printing Office. Preceding him in death in addition to his parents, were his brothers Roscoe, Ersel, Delmar, Carroll and Bob and his sisters, Fern and Opal. He is survived by his six nieces and nephews: Judy (Martin) Riffee of Montrose, WV, Robert “Bob” Martin of Norcross, GA, Homer “Marty” Martin of Raleigh, NC, Carroll “Clark” Martin of Elkins, WV, Sarah (Martin) Kane of Seaford, DE, and Laura (Martin) Davison of Fairmont, WV. Friends will be received from 10:30 am until 11:30 am Wednesday, December 22, 2021 at the Tomblyn Funeral Home in Elkins. Mr. Martin will then be moved to Mountain State Memorial Gardens at Gilman, WV, where a graveside service will be held at 12:00 pm. Pastor Terry Burgess will officiate and interment will follow. Masks and social distancing are recommended for anyone attending the service. In lieu of flowers, the family suggests that contributions be made to the Randolph County Humane Society, P. O. Box 785, Elkins, WV 26241 in memory of Don. The Tomblyn Funeral Home of Elkins is in charge of the arrangements for Donald Paul “Don” Martin. Condolences may be expressed to the family at www.tomblynfuneralhome.com.

Donald Paul &#8220;Don&#8221; Martin passed away Saturday, December 18, 2021 at the Davis Medical Center in Elkins. He had been in declining health and had been a resident of Colonial Place &#8211; now Mountain Memories in Elkins. Don was born... View Obituary & Service Information

The family of Donald P. Martin created this Life Tributes page to make it easy to share your memories.