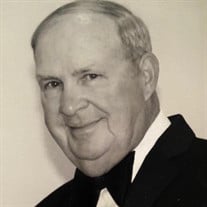 Donald R. “Donnie” Pritt, age 73 years, a resident of Elkins, passed away Saturday, January 23, 2021 in the Emergency Department of Davis Medical Center. He had been in his usual health and his death was unexpected. He was born September 14, 1947 in Elkins, a son of the late Donald H. and Delania “Pee Wee” Gibson Pritt. On May 11, 2019 at Landmark Baptist Church in Elkins, he was married to Linda Louise Romine who survives. Also surviving is one brother, Edward Pritt and wife Patricia of Elkins, sister-in-law, Judy Kittle and husband Thomas Bradley Kittle of Elkins and brother-in-law, Thomas P. Romine and wife Brenda of Elkins. Also one step-niece, Leslie Bloomquist and husband Glen and their two children, of Minneapolis, Minnesota and one step-nephew, Michael Riggleman and wife Teresa and their two children of Mill Creek. Donnie was a graduate of Elkins High School with the Class of 1966 and a Magna Cum Laude graduate with a Bachelor of Arts Degree in Military Management from the University of Charleston. He was employed by the U.S. Department of Agriculture Forest Service as a maintenance worker. Following his retirement from the Forest Service, Donnie continued his service with the West Virginia National Guard where he served as Training NCO, Staff Sergeant and Readiness NCO, Sergeant First Class, Recruiting and Retention Non-Commissioned Officer, Sergeant First Class, Non-Commissioned Officer in Charge, Master Sergeant. Donnie served overseas in Operation Desert Storm in 1991. He was awarded the bronze star, Southwest Asia and Kuwait Liberation Awards. He was a Cannon Fire Direction Chief for many years. In Desert Storm he served as an Ammunition Crew Chief. He had served forty two years in the West Virginia Army National Guard at the time of his retirement receiving numerous ribbons. He was a National Guard Recruiter for many years receiving many awards for his excellent recruiting. Donnie assisted during the Flood of 1985, a trucker’s strike in the early 1970’s, a Life Flight Crash search near the Izaak Walton League Club house and a plane crash near Blackwater Falls. After his retirement from the National Guard, he was employed for eight years as manager of Interstate Transfer /Reserve Component Transition. Donnie was a member of Elkins Lodge No. 108 AF & AM. A visitation will be held from 11:00 am until 1:00 pm Friday, January 29, 2021 at the Randolph County Armed Forces Reserve Center (New Armory on Corridor H) near Elkins. Donnie will then be moved to the Fraternal Cemetery near Belington where a graveside service will be held at 1:30 pm with Dr. Ken Shiflet officiating. Military honors will be accorded at the gravesite by members of the West Virginia National Guard Honor Guard Program. Masks and social distancing will be required for everyone attending the service for Mr. Pritt. The Tomblyn Funeral Home of Elkins is in charge of the arrangements for Donald R. “Donnie” Pritt. Condolences may be expressed to the family at www.tomblynfuneralhome.com.

Donald R. &#8220;Donnie&#8221; Pritt, age 73 years, a resident of Elkins, passed away Saturday, January 23, 2021 in the Emergency Department of Davis Medical Center. He had been in his usual health and his death was unexpected. He was born... View Obituary & Service Information

The family of Donald R. Pritt created this Life Tributes page to make it easy to share your memories.