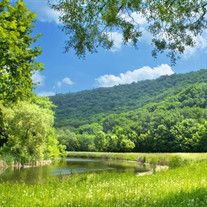 Donna Elizabeth Forinash Somers, 64, a resident of McKinney, Texas, and a former resident of Huttonsville, WV, died May 21, 2021. She was in declining health from Lyme disease and had recent heart issues. She was born April 20, 1957, in Marlinton, a daughter of Avis Butterfield Forinash, who survives in Huttonsville, and the late Ralph Francis Forinash. On April 11, 1992, at West Plano Presbyterian Church in Plano, Texas, she was married to Alan Michael Somers, who survives. They celebrated 29 years of marriage. Surviving are one sister, Doris Forinash Wiseman of West Union; four nephews, J.D. Forinash, Stephen Forinash, Michael Wiseman and John Wiseman; one great-nephew and three great-nieces; two aunts and uncles; and numerous cousins and friends. In addition to her father, she was preceded in death by her brother, retired U.S. Army Maj. David Ralph Forinash. The valedictorian of the Tygarts Valley High School class of 1975, Donna graduated with honors in 1979 from Davis & Elkins College with a double major in mathematics and education and was a member of the college's Alpha Phi Omega service organization. A mathematics teacher at TVHS from 1979 to 1985, she earned a master's degree in computer science in 1987 from West Virginia University where she was a graduate research assistant. Later that year she moved to Texas and was employed as a computer software engineer for Department of Defense contracts for Texas Instruments and later for Raytheon. Donna had a lifelong love of playing piano, singing, sewing, needlework, baking, making beaded jewelry and many other types of handwork. Her "Donna's Crafty Creations" booth was well-known at craft venues in the McKinney area. She sewed reproductions of 19th-century period clothing and was a former volunteer at Historic Chestnut Square in McKinney and a board member of Frontier Village in Denison, Texas. She loved animals, especially her cats, and enjoyed camping with her husband. A lifelong Presbyterian and a longtime church elder and session member, Donna was a former member of Tygart Valley Presbyterian Church and Mill Creek Presbyterian Church. She was a member of First Presbyterian Church in McKinney where a memorial service will be conducted at 3 p.m. (EDT) June 12. The service will be live-streamed on the church's Facebook page at https://www.facebook.com/events/525469105140812. Family and friends are also invited to gather at Tyrand Cooperative Ministries' bunkhouse on the back road near Mill Creek to view the broadcast of the online memorial service. In accordance with Donna's wishes, her remains were cremated. The family suggests memorial donations may be made to https://www.lymedisease.org/ or to Tyrand Cooperative Ministries, P.O. Box 365, Mill Creek, W.Va., 26280.

Donna Elizabeth Forinash Somers, 64, a resident of McKinney, Texas, and a former resident of Huttonsville, WV, died May 21, 2021. She was in declining health from Lyme disease and had recent heart issues. She was born April 20, 1957, in Marlinton,... View Obituary & Service Information

The family of Donna Elizabeth Somers created this Life Tributes page to make it easy to share your memories.