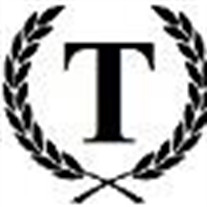 Dorothy Lou Vennia “Venni” Gibson, a resident of Elkins, passed away Sunday, September 9, 2018 at Nella’s Nursing Home at Crystal Springs at the age of 89. Venni was born January 16, 1929 in Hawkins County, TN, the daughter of the late Fred and Jessie Cross. She was united in marriage March 2, 1946 to Ransom Gibson who preceded her in death March 2, 2009. She is survived by her only son, Jerry Gibson and wife Anita of Elkins. One granddaughter, Angela Gibson and two grandsons, Timothy Gibson and wife Amber and Kevin Shreve. Five great grandchildren, Lexi Gibson, Gabriel Gibson, Sarah Briggs, Katherine Briggs and Nathaniel Briggs and two great-great grandchildren. Also surviving are two sisters, Ellen Manis of Kingsport, TN and Helen Rose Cupp of Rogersville, TN. Also preceding her in death were three sisters, Sylvie Cross, Ruth Kersey and Ola Ward and four brothers, Clarence, Ray, Harlan and Rex Cross. Venni was a devoted housewife who made her life for her husband and only son and was faithful in her belief in and following Jesus Christ. A private service will be held and interment will follow in the Greenwood Cemetery at East Dailey. The Tomblyn Funeral Home of Elkins is in charge of the arrangements for Dorothy Lou Vennia “Venni” Gibson. Condolences may be expressed to the family at www.tomblynfuneralhome.com.

The family of Dorothy L. Gibson created this Life Tributes page to make it easy to share your memories.