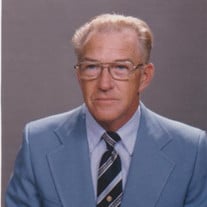 Dorsey Albert Dick, age 82 years, died peacefully in his sleep on Wednesday, October 5, 2016 at the Davis Medical Center, surrounded by his family. He had been in declining heath. He was born February 13, 1934 at Valley Bend, a son of the late Worlie and Bertha Knapp Dick. On February 23, 1953, he married his high school sweetheart, Mary Ann Carlson. They celebrated 63 years of marriage this year. Also surviving are two sons, David Dick and wife Kim, Elkins, and Mark Dick and wife Cheryl of Manassas, VA. Two grandchildren, Angela Howell and husband Donnie, Elkins and Allen Dick and girl-friend, Amy Lockhart of Morgantown, WV, two great grandchildren, Olivia and Mason Howell, Elkins, two step grandchildren, Danny Seiger and wife Mia, Woodbridge, VA and Gabrielle Seiger of Manassas, VA, four step great grandchildren, James, Paitynn, Juliahna and Nahla of Virginia as well as several nieces, nephews, cousins , two sisters-in-law, Corlyess Metheny, Elkins and Cydell and Frank Palavido of Phoenix, AZ and one brother-in-law, Joe Carlson of Dailey also survive. Also preceding him in death in addition to his parents was one son, Steven Dick, one sister, Mona Chewning, brothers-in-law, Thurman Chewning, Chris and Keith Carlson and Bill Metheny and his mother and father-in-law, Ronald and Emma Carlson. Dorsey attended Homestead School until 1949 and graduated from Tygart Valley High School in 1952. There, he was a member of FFA, played fiddle in the string band and served as a Patrol Guard. He played basketball for three years under Coach Bill Weber. The team qualified for the state tournament and was state runner-up in 1951-1952. Dorsey was inducted into the Randolph County Sports Hall of Fame in 1997. He joined the Army in 1952 where he served three years training at Fort Breckenridge, KY and Fort Lee, VA. He was transferred to security at Arlington Hall in Arlington, VA. He worked for Labcraft for ten years and for several companies for years as a carpenter and a brick layer until becoming disabled in 1984. He was a lifetime member of the North American hunting Club. He loved hunting, gardening, reading and time with his family. He was a builder of blackpowder rifles. He was a member of the band the “Centennials” and played fiddle for square dances. Dorsey was a Presbyterian by Faith; he attended the Beverly Presbyterian Church and the Wayside Church in Elkins. Friends may call from 6:00 pm until 8:00 pm Monday, October 10, 2016 at the Tomblyn Funeral Home in Elkins. A funeral service will be held at 1:00 pm Tuesday, October 11th from the funeral home chapel with Pastor Terry Cannon officiating. Interment will follow in the Greenwood Cemetery at East Dailey. Memorial contributions may be made to the Valley Bend Presbyterian Church, c/o Lois Vanscoy, Treasurer, PO Box 185, Dailey, WV, 26259. The Tomblyn Funeral Home of Elkins is In charge of the arrangements for Dorsey Albert Dick. Condolences may be expressed to the family at www.tomblynfuneralhome.com.

Dorsey Albert Dick, age 82 years, died peacefully in his sleep on Wednesday, October 5, 2016 at the Davis Medical Center, surrounded by his family. He had been in declining heath. He was born February 13, 1934 at Valley Bend, a son of the... View Obituary & Service Information

The family of Dorsey Albert Dick created this Life Tributes page to make it easy to share your memories.