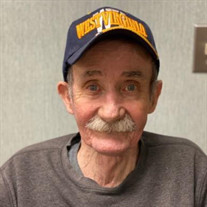 Douglas Ross Ware, age 69 years, died Tuesday, September 21, 2021, at Good Samaritan Society in Belington, WV. His health had been in decline, but death was unexpected. Douglas was born September 1, 1952, the only son of James Ross and Hallie Mae (Smith) Ware of Beverly, WV who preceded him in death. Douglas attended school in Randolph County. After graduation he enlisted in the United States Army where he served for 13 years, including deployments in South Korea and Germany. Following that he worked as manager of an Electronics Company in South Dakota, and at Jones Chemicals of Richmond, Virginia and Print Pak of Fredericksburg, Virginia. In his free time, he loved to be outside hunting, fishing, or playing golf. Left to treasure his memory are two sons, Ross Douglas Ware (Sarah) of Elkins, Ryan Boxell Ware of Elkins, and a daughter, Melissa Dawn (Ware) Rife (Ron) of Hereford, Arizona; two grandsons, Leo and Lennox Ware of Elkins; three granddaughters, Hannah and Allyson Rife of Hereford, Arizona, and Nora Ware of Elkins; sister, Constance (Ware) Jenkins (Tony) of Locust Grove, Virginia, as well as a number of cousins, nieces and nephews. In addition to his parents, Douglas was preceded in death by his sister, Elizabeth Diane (Ware) Louk (Terry) of Hermitage, Tennessee, November 29, 2020. Douglas’ wishes for cremation were honored. A private family memorial service will be held at a later date. The family would like to thank the Good Samaritan Society of Barbour County staff for the love and care for Douglas they showed over the last four years. In lieu of flowers the family would appreciate memorial contributions be made to Good Samaritan Society of Barbour County, 216 Samaritan Circle, Belington, WV 26250 in memory of Douglas. The Tomblyn Funeral Home of Elkins is in charge of the arrangements for Douglas Ross Ware. Condolences may be expressed to the family at www.tomblynfuneralhome.com

Douglas Ross Ware, age 69 years, died Tuesday, September 21, 2021, at Good Samaritan Society in Belington, WV. His health had been in decline, but death was unexpected. Douglas was born September 1, 1952, the only son of James Ross and Hallie... View Obituary & Service Information

The family of Douglas Ross Ware created this Life Tributes page to make it easy to share your memories.