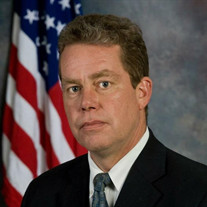 Dwight R. Hall, 56 of Beverly, passed in his home on Thursday, October 5, 2017 after battling recent health issues. He was married to Jackie Hall, and was the father of Alexandra Hall, Fallon Bays of Delaware and his step-son, David Cline of Elkins. He was the only child of Forrest “Ed” and Arline Hall. He was preceded in death by his father, grandparents; Bud and Eula Speck and Lola Hall and many special aunts and uncles. Dwight was born in Dayton, Ohio and grew up in Jonesville, Virginia. He attended Jonesville High School where he played football, basketball and baseball, and was known as “Buckey”. He went to college at UVA of Wise at Clinch Valley, where he received a BA in accounting and went on to practice as a CPA in Johnson City, TN. In 1988 he returned to school at the University of Richmond where he received his Doctorate of Juris Prudence in 1991. He started his legal career at Wallace Ross and Gibson in Elkins, WV. In 1994 he was a partner at the Law firm, Sims and Hall. In December of 1994 he married his previous wife Debra Tedeschi, now Varner, whom also, is an attorney. In 1996 to present he was in a solo practice of the Law Office of Dwight R. Hall. He is a member of the Randolph County Bar Association, West Virginia Bar Association, the United States District Court for the Northern and Southern Districts of West Virginia, and The United States Court of Appeals for the 4th Circuit in Richmond Virginia. Also, he was previously a member of the Virginia Bar. During his career as an attorney he ligated cases across the state of West Virginia. He was also successful as an Appellate Lawyer arguing cases before the WV Supreme Court and the Fourth Circuit Court of Appeals in Richmond, Virginia. Dwight was a member of the Masonic Lodge 55 of Beverly, he became a member of the Osiris Shrine Temple of Wheeling, he was the past president and treasurer for the Tygarts Valley Shrine Club of Elkins and was a member of the Osiris Clowns of Elkins. He was a member of Highland Park United Methodist Church where he was baptized and he attended church at Mt. Carmel in Beverly. Dwight entertained his family, friends and colleagues with his extraordinary stories and always had another to tell. He was a wonderful husband and father/stepfather to his kids. He enjoyed watching the Vikings football games, coaching his daughters T-ball team and the Basketball team at Beverly Elementary. He wore many hats during his role as daddy. He was a Girl Scout dad, a pageant dad, ringing bells as Santa Claus, spooky story teller during carnivals, an electrician; installing air conditioners throughout the school, an auctioneer during fundraisers, you name it, Dwight did it. Whatever role he needed to do to help get things accomplished, he did it. The family will receive friends from 3:00 pm until 5:00 pm Tuesday, October 17th, 2017 at the Tomblyn Funeral Home in Elkins. A memorial service will be held at 5:00 pm Tuesday from the funeral home chapel with Rev. Leon Brown officiating. Memorial contributions may be made to the Shriners Hospital for Children, 1645 West 8th St., Erie, PA 16505 or Randolph County Cancer Support Group, PO Box 2361, Elkins, WV 26241 in memory of Dwight. The Tomblyn Funeral Home of Elkins is in charge of the arrangements for Dwight R. Hall. Condolences may be expressed to the family at www.tomblynfuneralhome.com.

Dwight R. Hall, 56 of Beverly, passed in his home on Thursday, October 5, 2017 after battling recent health issues. He was married to Jackie Hall, and was the father of Alexandra Hall, Fallon Bays of Delaware and his step-son, David Cline of... View Obituary & Service Information

The family of Dwight R. Hall created this Life Tributes page to make it easy to share your memories.