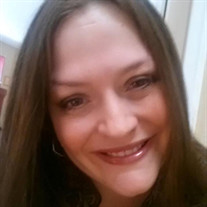 Elizabeth Marie “Libby” Sellars, age 44 years, a former resident of Randolph County and a resident of Colorado Springs, Colorado, passed away Thursday, August 17, 2017 in Colorado Springs. She was born March 16, 1973 in Elkins, a daughter of Thomas Wamsley of Buckhannon and Marsha Zirkle Lanham of Mabie. Also surviving is her step-father, Kelmar Lanham of Mabie, her husband, Patrick Sellars and three children, Paedyn Elizabeth Sellars and twins Gabriel Patrick and Nola Margie Grace Sellars, all of Colorado Springs and one step-son, Austin Hocue of Salt Lake City, UT. One sister, Melissa Busdeker and husband Michael of Buckhannon; several nieces and nephews including Gretchen Busdeker and her special nephew Alexander Wamsley; Mother and Father-in-law, Judy and Ken Sellars of Salt Lake City, UT and sister’s-in-law, Wendy Shipley and husband Craig, Salt Lake City UT and Caren Kessinger and husband Mark of Colorado Springs, CO as well as several aunts and uncles also survive. Also preceding her in death were grandparents, Clates and Gladys Zirkle and Ray and Dollie Wamsley and two infant sons, Gunther Wamsley and Brody Sellars. Libby attended the Coalton Twelve Year School until her senior year. She transferred to Elkins High School graduating in the class of 1991. She was a Veteran of the United States Army where she served in the Military Police. She earned a Bachelor’s Degree in Criminal Justice and had been employed at the Burlington United Methodist Family Services, Inc., as a social worker until moving to Colorado Springs. Libby was an active member of the Autism Society of America and a Methodist by faith. Friends may call from 6:00 pm until 8:00 pm Friday, August 25, 2017 at the Tomblyn Funeral Home in Elkins. On Saturday morning, August 26th Libby will be moved to the Rowan Memorial United Methodist Church at Mabie, WV where friends may call from 10:00 am until 11:00 am the funeral hour. Rev. Stella Faye Moyer will officiate and interment will follow at the Rowan Memorial Cemetery at Mabie, WV. Full military honors will be accorded at the gravesite by members of the West Virginia National Guard Honor Guard Program, Tygart Valley Post 3647 Veterans of Foreign Wars and H.W. Daniels Post 29, American Legion. The family suggests memorial contributions be made to the Autism Society of America, 4340 East-West Highway, Suite 350, Bethesda, MD 20814 or the American Heart Association, West Virginia Region, PO Box 12110, Charleston, WV 25302 in memory of Libby. The Tomblyn Funeral Home of Elkins is in charge of the arrangements for Elizabeth Marie “Libby” Sellars. Condolences may be expressed to the family at www.tomblynfuneralhome.com.

The family of Elizabeth Marie Sellars created this Life Tributes page to make it easy to share your memories.