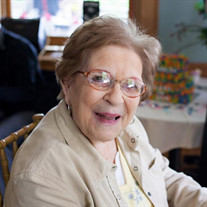 Fay Devier McGee Maynard, 85, passed away peacefully in her home surrounded by the love of family on October 2, 2021. She was born May 13, 1936 in Elkins, West Virginia, in the same home in which she died, although her life took a circuitous route in between. She graduated from Elkins High School in 1954 and Davis & Elkins College in 1957, with a B.A. in elementary education. Some years later she would earn her master’s degree in education from West Virginia University. Fay’s lifetime work as an educator included teaching various grade levels in public schools from Richmond, Virginia, to Birmingham, Michigan. She ultimately concluded her teaching career in Elkins, WV and retired in 2005. She remained active as a member of the Randolph County Retired Teachers Association for many more years. Fay was a dedicated member of the Davis Memorial Presbyterian Church in Elkins, WV from childhood through college, then again from mid-life into retired life, serving on various church committees. She married Gerald Jackson Maynard in the summer of 1957 at the church. Their union lasted for 17 years, producing three sons (Sam, Ken, and Seth), nine grandchildren, and three great grandchildren. Fay loved music and singing: she was a sponsor/majorette for Elkins High School, sang and performed in various plays and community events as a D&E College student, and sang soprano for the Davis Memorial Presbyterian Church choir from the mid 70’s into the 2010’s. Other distinguished moments in Fay’s lifetime include her appointment as Maid of Honor for the 19th annual Mountain State Forest Festival in Elkins, WV, and her involvement in the Elkins Chapter of the Red Hat Society for over five years. She was also a member of Sigma Tau Delta, Alpha Psi Omega, and Chi Omega national social fraternity. Fay is survived by her oldest son, Samuel Arling Maynard and his wife Robin, of Bridgeport, WV; son James Kenneth Maynard and his wife Ralphene, of Elkins, WV; son Jonathan Seth Maynard and his wife Candace, of Elkins, WV; granddaughter Meagan Shreves and her husband Andrew, of Bridgeport, WV; grandson Brandon Maynard and his wife Kate, of Woodstock, GA; granddaughter Danielle Maynard of Bethlehem, GA; grandson Matthew Maynard and his wife Angelea, of Swansboro, NC; granddaughter Jessica McDougal of Elkins, WV; grandson Jackson Arndt-Maynard of Lakeland, FL; granddaughter Emma McDougal of Elkins, WV; granddaughter Chloe Arndt-Maynard of Boone, NC; grandson Miles Maynard of Elkins, WV; and her three great grandchildren Audrey, Gavin, and Lainey. Fay is also predeceased by her father Arling C. McGee, mother Devier Bell McGee, brother James A. McGee, sister Kathryn McGee White, and former husband Gerald Jackson Maynard. Fay is remembered and admired by many former students and deeply loved by all of her family. Arrangements will be made through Tomblyn Funeral Home in Elkins, WV. Visitation will take place at Davis Memorial Presbyterian Church in Elkins, WV on Thursday, October 7, 2021 from 11am until 1pm. Fay’s memorial service will begin at 1pm, presided over by Rev. Dr. Peter Vial. Final internment will be at Maplewood Cemetery in Elkins, WV. We thank you for observing social distancing and wearing masks during the visitation and service. In memory of Fay, consider making a donation to Davis Memorial Presbyterian Church, 450 Randolph Avenue, Elkins, WV 26241. The Tomblyn Funeral Home of Elkins is in charge of the arrangements for Fay Devier McGee Maynard. Condolences may be expressed to the family at www.tomblynfuneralhome.com.

Fay Devier McGee Maynard, 85, passed away peacefully in her home surrounded by the love of family on October 2, 2021. She was born May 13, 1936 in Elkins, West Virginia, in the same home in which she died, although her life took a circuitous... View Obituary & Service Information

The family of Fay Devier McGee Maynard created this Life Tributes page to make it easy to share your memories.

Fay Devier McGee Maynard, 85, passed away peacefully in her home...