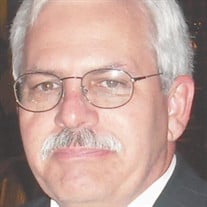 Gary E. Clay, age 72 years, a resident of Elkins, passed away Thursday, November 11, 2021 in the Davis Medical Center Emergency Department. He was born October 29, 1949 at McKeesport, PA the son of the late Raymond Duane and Winifred Carnahan Clay. On July 27, 1974 at Versailles, PA, he was married to Diane Lee Gayok who survives in Elkins. Also surviving is one sister, Jani Algeri and husband Don of Elizabeth, PA and niece, Samantha Algeri and many other nieces and nephews, great nieces and great nephews. Sister-in-law and brother-in-law, Jill and Ron Coyne and their children, Brian, Eric and Shauna. Also preceded him in death in addition to his parents were his mother-in-law and father-in-law, Frank and Irene Gayok; maternal grandparents, Winifred and Howard Carahan; paternal grandparents, Margaret and Samuel Clay. Gary was a high school graduate and graduated from Grove City College where he was a pitcher for the baseball team. He received an award from the college for the lowest earn run average for pitching. Gary moved to Randolph County in 2002 while working for Armstrong World Industries prior to his retirement. He was passionate about many causes, having volunteered for thirty years with the American Red Cross and in 2010 joining the Randolph County Development Authority and West Virginia Wood Technology Center board. He served in several officer positions until being named President in 2018. He was heavily involved in the United Way, West Virginia Manufacturing Association and the Education Community along the with West Virginia Non-Profit Association and the Federal Reserve Board. Friends may call from 4:00 pm until 6:00 pm Friday, November 19, 2021 at the Tomblyn Funeral Home in Elkins. Masks and social distancing are required for anyone attending the visitation. Gary’s request for cremation will then be honored. In lieu of flowers, memorial contributions may be made to the American Red Cross, Central WV Chapter, 113 Lakeview Drive, Charleston, WV 25313 or to the Tygart Valley United Way, 10 11th Street, Suite D, Elkins, WV 26241 in memory of Gary. The Tomblyn Funeral Home of Elkins is in charge of the arrangements for Gary E. Clay. Condolences may be expressed to the family at www.tomblynfuneralhome.com.

The family of Gary E. Clay created this Life Tributes page to make it easy to share your memories.