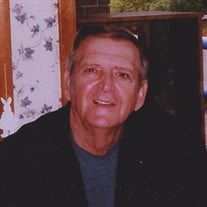 Gary Lee Meloy, age 69, lost his ten year battle from ill health on Tuesday, November 2, 2016 at his home. He was born June 7, 1947 at Ravenna, Ohio, a son of the late Richard and Jean Meloy. Surviving is his wife, Carolyn Vance Meloy whom he married December 5, 1969 and would have celebrated their forty seventh anniversary next month. Also surviving is one son, Gary “Joe” Meloy and wife Stormie of the Bretz community; a daughter, Crystal Mouse and husband Tim of Beverly; grandkids, Isaiah and Gary Meloy, Hunter, Lydia and Bowen Mouse; his father and mother –in-law, Honey and Violet Nestor of Hendricks, WV; a brother-in-law, Terry Vance and companion Mary of Harman, WV, sisters-in-law, Brenda Nestor and husband Phil, Parsons, WV, Sandy Loughry, Hendricks, WV and Donna Thorpe of Windham, OH along with longtime friends, Jim Gilbert, Warren Vance and John Wood and several nieces and nephews. Also preceding him in death were brothers, Gordon and Gilbert, his sister Gloria, father-in-law, Kemp Vance and nephew Benjamin Vance. Gary was a graduate of Suffield High School and was a member of Bricklayer Local 15 for forty years having recently received the forty year pin of membership. He worked construction projects locally and traveled to Hawaii, Nova Scotia, California and other states and locations to build power plants. Gary was a lifetime member of the Leading Creek Volunteer Fire Department for thirty one years and loved being a fireman. He recently received a Lifetime Membership jacket from the members in honor of his service. He was a member of the National Rifle Association and a former member of the Izaak Walton League. He was an avid hunter, fisherman and loved planting a garden. Gary loved his family, especially his grandkids who will miss him very much. Friends may call from 5:00 pm until 8:00 pm Monday, November 7, 2016 at the Tomblyn Funeral Home in Elkins. A funeral service will be held at 2:00 pm Tuesday, November 8th from the funeral home chapel with Rev. Pat Cassidy officiating. Interment will follow in the Mountain State Memorial Gardens near Gilman. The Tomblyn Funeral Home of Elkins is in charge of the arrangements for Gary Lee Meloy. Condolences may be expressed to the family at www.tomblynfuneralhome.com.

Gary Lee Meloy, age 69, lost his ten year battle from ill health on Tuesday, November 2, 2016 at his home. He was born June 7, 1947 at Ravenna, Ohio, a son of the late Richard and Jean Meloy. Surviving is his wife, Carolyn Vance Meloy whom... View Obituary & Service Information

The family of Gary Lee Meloy created this Life Tributes page to make it easy to share your memories.