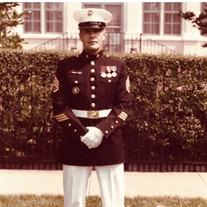 Harvey Gum. Age 72 years, a resident of Valley Bend, passed away Wednesday evening, January 24, 2018 at his home. He was born June 18, 1945 at Mill Creek, a son of the late Grover “Ham” Cleveland Gum and the late Dona Hammonds Gum. On February 10, 1967 at Mill Creek, he was married to Judy Ann Johnson Gum who survives at Valley Bend. Also surviving are two sons, Scott Gum and wife Tawnya of Valley Bend and Robbie Michael Gum and wife Brittany. One brother, Howard “Tink” Gum and wife Janie, Huttonsville; four sisters, Irene Ferrell, Mill Creek, Icie Bradley, Gastonia, NC, Helen Wegman, Linville, TX and Waneda “Tootsie” Newlon of Conroe, TX; six grandchildren, Tyler, Jerome, Jasmine, Ryan, Jordan and Chloe; one great grandchild, Ariyah Faith Gum and a special family friend, MyKala Davis also survive. Also preceding him in death were four brothers, Henry, Don, Ray and Charlie Gum; three sisters, Luella Watson, Leva Brown and Eunice Gum; brother’s-in-law, Eugene Ferrell, Charles Don Newlon, Todd Wegman and Paul Brown; sister’s-in-law, Stacie Gum and Margaret Gum and his mother and father-in-law, Ruby and Samuel Johnson. Harvey graduated from Tygart Valley High School in 1963. In June, 1963, he joined the United States Marine Corps and was placed in the West Virginia Centennial Platoon, 338, composed entirely of recruits from West Virginia in honor of the state’s 100th anniversary. He, along with 70 other men was sworn into the Marines on the steps of the State Capitol in Charleston, completing their recruit training at Parris Island, SC. He served during the Vietnam War and during Desert Storm and retired from the Corps on August 31, 1989 at the rank of Gunnery Sergeant. During his career, he served on the Presidential Support Team at Camp David, MD under Presidents Gerald Ford and Jimmy Carter. During an assignment at the Marine Barracks at 8 & 1 in Washington, DC, he provided military support to the White House under President Ronald Reagan. For his service to the Marine Corps League, he received the Distinguished Citizen Gold, Silver and Bronze Medals which are the three highest awards the Marine Corps League National Headquarters can bestow upon a member. He was Detachment 956 Marine of the Year and also recipient of the Chapel of Four Chaplains Legion of Honor Award. For the past fifteen years he served as the regional co-chairman for the Toys for Tots Program in Randolph and surrounding counties. He was a member of H.W. Daniels Post 29 American Legion, a Life Member of the Leland D. “Crow” Crawford Detachment 956 Marine Corps League and Mountain Hounds Pound 358, Military Order of the Devil Dogs, the MCL’s fun-and-honor society. In addition, he served as an officer on the staffs of the MCL Department of West Virginia, Detachment 956 and Pound 358. Harvey loved life, his family, especially his grandchildren, and his friends. He loved to joke with everyone. He enjoyed dirt track racing at Kerens where he watched his grandson Ryan. Friends may call from 5:00 pm until 8:00 pm Sunday, January 28, 2018 at the Tomblyn Funeral Home in Elkins. A funeral service will be held at 11:00 am Monday, January 29th from the funeral home chapel with Rev. Marshall Williams officiating. Interment will follow in the Elkins Memorial Gardens on the Country Club Road where full military honors will be accorded at the gravesite by members of the United States Marine Corps, H.W. Daniels Post 29 American Legion and Tygart Valley Post 3647 Veterans of Foreign Wars. Memorial contributions may be made to the Randolph County Humane Society, PO Box 785, Elkins, WV 26241 or the Toys for Tots Program, Elkins Marine Corps League, Detachment 956, PO Box 852, Elkins, WV 26241 in memory of Harvey. The Tomblyn Funeral Home of Elkins is in charge of the arrangements for Harvey Gum. Condolences may be expressed to the family at www.tomblynfuneralhome.com.

The family of Harvey Gum created this Life Tributes page to make it easy to share your memories.