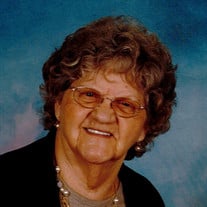 Helen L. Davis, age 86 years, a resident of Harman, passed away Wednesday, July 21, 2021 at her home. She was born June 29, 1935 at Glady, WV a daughter of the late Chester and Rosa Lantz Ogden. On November 29, 1961 at Oakland, MD she was married to Frankie L. Davis, Sr., who preceded her in death January 6, 2019. She is survived by two sons, Frankie Davis, Jr. and Deana Mullennex of Harman and Jack Shiflett and wife Becky of Elkins and one daughter, Rosemary Mullennex and husband Ron of Harman. Also surviving are one sister-in-law, Nancy Ogden of Elkins; four grandchildren, JR Shiflett and April, Stacy Delauder and Jeff, Jeff Davis and Becki and Jed Mullennex and Lacey and five great grandchildren. Also preceding her in death were four brothers, Harry Armentrout and wife Hazel, Bill Armentrout and wife Goldie, Rich Armentrout and wife Audrey and Harold Ogden, three sisters, Hallie Bryant and husband Acie, Rosalee Phillips and husband Ray and Betty Hanna and husband Clyde. Helen had worked at Canaan Valley and retired as a clerk at the Harman Chevron Station. She was a member of the Dryfork Assembly of God Church. Mrs. Davis’s request for cremation has been honored. The family will receive friends from 12:00 noon until 1:00 pm Sunday, July 25, 2021 at the Tomblyn Funeral Home in Elkins. A memorial service will be held at 1:00 pm Sunday from the funeral home chapel with Rev. Bill Lewellen officiating. Memorial contributions may be made to the Harman Volunteer Fire Department, c/o Jerry Teter, PO Box 131, Harman, WV 26270 in memory of Mrs. Davis. The Tomblyn Funeral Home of Elkins is in charge of the arrangements for Helen L. Davis. Condolences may be expressed to the family at www.tomblynfunerlahome.com.

The family of Helen L, Davis created this Life Tributes page to make it easy to share your memories.