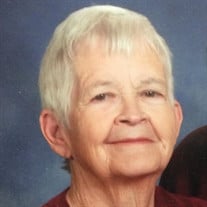 Helen Rose Lantz Ratzer of Beverly, left for Heaven on Tuesday, October 24, 2017. She was loved by not just her family, but by countless friends from all corners of the country. She is survived by her husband, Fred J. “Jack” Ratzer, with whom she had celebrated fifty nine years of marriage on October 11th. She was preceded in death by her father, Orden “Teaberry Lantz, her mother, Lucy Lantz and her brother, Orden Lee Lantz, Jr. She has one sister, Hazel Wood and husband Paul of Elkins. She was loved immeasurably by her four children, Jackie Dutch and husband Ronnie, Mary Beth Beckwith and husband Randy, Fred L. Ratzer and Rusty Ratzer and wife Stephanie. Six grandchildren, Johanna Lompert and husband Hayden, Emilee Gibson and husband Brycen, Austin Ratzer, David Ratzer, Kristie Young and husband Ryan and Thomas Beckwith and wife Hollie. She has eleven great grandchildren whom she adored. Helen has dedicated her entire life to her children, grandchildren, great grandchildren and any other child who was lucky enough to make her acquaintance. She was deeply involved in 4-H in Randolph County, where she started the Mount Vernon Colonials 4-H Club in Beverly. She was the caretaker and cook at Camp Pioneer along with her family during the 1970’s and again from 2004 until 2007. She was also involved with the Beverly Volunteer Fire Department and cooked many meals at the fire hall. She is a member of the Beverly United Methodist Church. She enjoyed singing and directing the church choir for many years. She also sang with her sister Hazel on many occasions and they had recorded a CD for their families. Helen was the light of her family’s lives and there are not enough words to describe the giving life that she lived. She will be missed by everyone more than she could ever know. As a friend recently said, “God sure got an angel today”. Friends may call from 5:00 pm until 8:00 pm Friday, October 27th, 2017 at the Tomblyn Funeral Home in Elkins. A funeral service will be held at 11:00 am Saturday, October 28th from the funeral home chapel with Rev. David Thompson and Rev. Leon Brown officiating. Interment will follow in the Mount Vernon Cemetery at Beverly. The family suggests that memorial contributions may be made to the Randolph County 4-H Leaders, 32 Randolph Avenue, Suite 102, Elkins, WV 26241 or to the Beverly Volunteer Fire Department, P. O. Box 135, Beverly, WV 26253 in memory of Helen. The Tomblyn Funeral Home of Elkins is in charge of the arrangements for Helen Rose Lantz Ratzer. Condolences may be expressed to the family at www.tomblynfuneralhome.com.

Helen Rose Lantz Ratzer of Beverly, left for Heaven on Tuesday, October 24, 2017. She was loved by not just her family, but by countless friends from all corners of the country. She is survived by her husband, Fred J. &#8220;Jack&#8221; Ratzer,... View Obituary & Service Information

The family of Helen Rose Ratzer created this Life Tributes page to make it easy to share your memories.