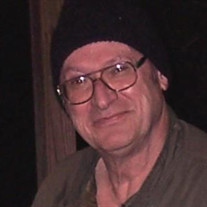 Howard “Guy” Howell, Jr., age 72 years, a resident of Elkins, passed away Thursday, March 18, 2021 at his home, under the care of West Virginia Caring Hospice, following an eight month battle with cancer. He was born October 15, 1948 at Elkins, a son of the late Howard G. Howell, Sr. and Beulah Pingley Howell. On October 5, 1978 at Elkins, he was married to Mary Ann Kisner who survives. Also surviving is one sister, Carolyn E. Pearson and husband Edwin of Columbia, SC; nephew, Matthew Howard Davis and wife Nikki and their children, Mairyn, Isabelle, and Alan; and niece, Virginia Rose Pearson and son Chance. In addition to his parents, he was preceded in death by one sister and brother-in-law, Virginia Mae and Michael L. Davis. Guy was a graduate of Elkins High School and Davis and Elkins College with a Bachelor of Science Degree in Business and Accounting. He was a Veteran of the United States Army during the Vietnam War in special communications while stationed in Venice, Italy. He had worked as a manager of Reidbord Brothers Company at Philippi and later worked at B & M Auto Parts of Elkins. He was then employed as a Correctional Officer at Huttonsville Correctional Center prior to his retirement. Guy loved showing his 1987 Monte Carlo Super Sport and was a Methodist by faith. Guy’s request for cremation will be honored. In lieu of flowers, memorial contributions may be made to the Mary Babb Randolph Cancer Center, 1 Medical Center Drive, Health Sciences Center, Morgantown, WV 26505 or to the Randolph County Humane Society, P. O. Box 785, Elkins, WV 26241 in memory of Mr. Howell. The Tomblyn Funeral Home is in charge of the cremation services for Howard “Guy” Howell, Jr. Condolences may be expressed to the family at www.tomblynfuneralhome.com.

Howard &#8220;Guy&#8221; Howell, Jr., age 72 years, a resident of Elkins, passed away Thursday, March 18, 2021 at his home, under the care of West Virginia Caring Hospice, following an eight month battle with cancer. He was born October 15,... View Obituary & Service Information

The family of Howard Guy Howell, Jr. created this Life Tributes page to make it easy to share your memories.