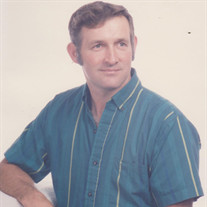 Ivan Clyde Bell, age 69 years, a resident of the Kelly Mountain Road, Elkins, passed away Monday, July 18, 2016 in the Davis Medical Center. He was born September 17, 1946 at Elkins a son of the late Martin Boston “Boss” Bell and Nela Geneva Mallow Bell. He was twice married, first to Judith Elaine Smith Bell who preceded him in death April 30, 1991. On June 21, 1997 in Elkins, he was married to Sandra Kay Coontz Smith Bell who survives. Also surviving is one son, Ivan Matthew Bell and wife LaDonna of Elkins; one daughter Judy Elaine Bell of Elkins and one step-daughter Maria McBee Lantz of Elkins. Two brothers, Michael Bell of Elkins and Don Bell of Anchorage, Alaska, four sisters, Mamion Day of Louisville, OH, Joy Day, Louise Higgins and Nila Phillips all of Elkins and Wanda Wegman of Broadway, VA also survive. Grandchildren surviving are Wesley Bell, Katy Chewning, Abby Chewning Grimmett, Matthew and Southern Bell, Hunter, Bella and Laurel Lantz and one great grandson, Hayden Bell. Also preceding him in death were two brothers Delano and Jack Bell and two sisters, Lettie See and Neva Riley. Ivan worked in coal mines for over 30 years, retiring from Wolf Run Mining and was a farmer most of his life. He was a member of the United Mine Workers of America, the National Rifle Association and the Dunkard Brethren Church. Ivan was an avid outdoorsman and a devoted family man and friend. Friends may call from 5:00 pm until 8:00 pm Friday, July 22, 2016 at the Tomblyn Funeral Home in Elkins. A funeral service will be held at 11:00 am Saturday, July 23rd from the funeral home chapel with Pastor Mike Boggs and Rev. Dr. Phil Richards officiating. Interment will follow in the Bell Cemetery on Kelly Mountain. Memorial contributions may be made to the American Cancer Society, 301 RHL Blvd., Suites 6 & 7, Charleston, WV, 25309 in memory of Mr. Bell. The Tomblyn Funeral Home of Elkins is in charge of the arrangements for Ivan Clyde Bell. Condolences may be expressed to the family at www.tomblynfuneralhome.com.

The family of Ivan Clyde Bell created this Life Tributes page to make it easy to share your memories.