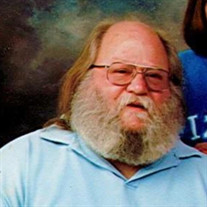 Jack Rodney Frame, II, age 71 years, a resident of Elkins, passed away unexpectedly Wednesday, August 25, 2021 in the Emergency Department of Davis Medical Center. He was born February 23, 1950 in Sutton, WV, a son of Betty L. Gould Frame of Elkins and the late Jack Rodney Frame. On July 11, 1981 in Baltimore, MD, he was married to Susan Patrice Yowell who survives in Elkins. Also surviving are two sons, Jack Rodney Frame, III and wife Tonya of Elkins and their children, London and Lilah and James Lucas “Luke” Frame and wife Courtney of Belington, WV and daughter, Abigail; one daughter, Aimee Sue Thomas and husband Zachariah of Morgantown, WV and their sons, Grayson and Cameron. In addition to his father, he is also preceded in death by one brother, Mickel Frame and one sister, Barbara Jean Crawford. Jack was a graduate of Gassaway High School and obtained his Bachelor Degree in Geology from West Virginia University. He owned and operated Frame Drilling Company since 1974. He was a drilling contractor, fourth generation water well driller and a geologist. He was President of the WV Water Well Drillers Association and board member of South Atlantic Jubilee. He designed and installed multiple commercial geothermal systems throughout the State of West Virginia including Summit Bechtel National Scout Reserve, 911 Centers of Tyler County and Charleston, Pocahontas County and Webster County High Schools which was the first geothermal system installed in a public school in West Virginia. He was a member of the Elkins Seventh-Day Adventist Church. A graveside service will be held at 11:00 am Wednesday, September 1, 2021 at the Maplewood Cemetery. Pastor Jason Johnson will officiate and interment will follow. Memorial contributions may be made to the Highland Adventist School, 777 Kennedy Street, Elkins, WV 26241 or to the American Diabetes Association, 2451 Crystal Drive, Suite 900, Arlington, VA 22202 in memory of Jack. The Tomblyn Funeral Home of Elkins is in charge of the arrangements for Jack Rodney Frame, II. Condolences may be expressed to the family at www.tomblynfuneralhome.com.

The family of Jack Rodney Frame, II created this Life Tributes page to make it easy to share your memories.