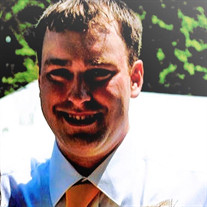 Jacob Lee “Jake” Shifflett, age 34 years, a resident of Elkins, passed away Wednesday, August 11, 2021 at Ruby Memorial Hospital in Morgantown, WV. He was born November 18, 1986 at Elkins, a son of Gary Edward and Sandra Dolly Shifflett of Elkins. On June 16, 2018 at Kerens, WV, he was married to Lindsey Danielle Surguy who survives in Elkins. Also surviving are his maternal grandparents, Irene and Hilbert Dolly of Elkins; three sons, Edward, Kevin and Tanner Shiflett; one daughter, MylaRose Shifflett; one brother, Jon M. Shifflett and Anna and their sons, Maverick and Bentley of Elkins. Brothers-in-law, Edward Surguy, Jr., and wife Jackie of TX, William Emery Surguy and wife Randi and Joshua Surguy and wife Crystal, of NC and sisters-in-law, Becky Surguy and Ashley Pacella and husband Josh of Parsons, Kayla Stemple and husband Dustin of Kingwood and Deianira Stevens and fiancé’ Nick of Clarksburg, WV. Also surviving is his mothers-in-law, Paula Stevens and Shirley Surguy and several nieces and nephews, whom he dearly loved. Jake was preceded in death by his paternal grandparents, Clarence and Mildred “Sue” Cosner Shifflett; father-in-law, Edward Surguy; step-grandmother, Margaret Shifflett; one aunt, Diane Burnside and two cousins, Michael Burnside and Brian Shifflett. Jake was a graduate of Elkins High School with the Class of 2005 and was a member of the Boy Scouts of America where he received his Eagle Scout, Order of the Arrow and Vigil Scout. He was employed as an oiler operator with the International Union of Operating Engineers Local #132. He had been a fireman with Granville Fire Department Station 17, Leading Creek Fire Department and Parsons Fire Department and was an avid Mountaineer Fan, especially football and basketball and a NASCAR fan during the time of driver Dale Earnhardt, Jr. Jake loved the outdoors, hunting, fishing and spending time with family and friends. He will be missed by all that knew him. Friends may call from 5:00 pm until 8:00 pm Sunday, August 15, 2021 at the Tomblyn Funeral Home in Elkins. A funeral service will be held at 11:00 am Monday, August 16, 2021 from the funeral home chapel with Pastor James Snyder and Emory Surguy officiating. Interment will follow in the Laurel Hill Cemetery at Whitmer. The family requests masks be worn by anyone attending the services for Jake. A fund is being established in memory of Jake. Contributions may be made to the Shifflett Family, c/o Gary and Sandra Shifflett, 209 Wilson Street, Elkins, WV 26241. The Tomblyn Funeral Home of Elkins is in charge of the arrangements for Jacob Lee “Jake” Shifflett. Condolences may be expressed to the family at www.tomblynfuneralhome.com.

The family of Jacob Lee Shifflett created this Life Tributes page to make it easy to share your memories.