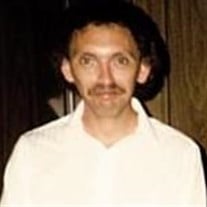 James Ray ”Little Hooch” Bodkin, age 61 years, a resident of Elkins, passed away Thursday, July 4, 2019 at Broaddus Hospital in Philippi, WV. He had been in his usual health and his death was unexpected. He was born January 19, 1958 at Elkins, a son of the late Ersel R. Bodkin and Myrtle R. Zirkle Bodkin Freeman. On July 3, 2001, he was married to Bessie Pritt who preceded him in death April 20, 2007. He is survived by two daughters, Crystal Wingfield and Jamie Bodkin, both of Belington, WV. Two brothers, Ricci Bodkin of Sutton, WV and George Bodkin of Philippi, WV; three sisters, Sandra Hancock of Randleman, NC, Kathy Marstiller of Beverly, Linda Everson of Beverly and a step sister, Doris Daniels of Beverly. Several nieces and nephews also survive. Also preceding him in death was his step father, Kenneth Freeman, step sister, Louise Winstead and step brother, Bradford Freeman. James was a graduate of Coalton High School and completed Diesel Mechanic School. He was a devoted employee of Allegheny Wood Products. He loved antique vehicles and listening to music. James was an incredibly hard worker and was always there to lend a helping hand. He loved spending time with family and friends and will forever be remembered for having such a big heart. His family and friends will miss him dearly. Friends may call from 10:00 am until 12:00 noon. Thursday, July 11, 2019 at the Tomblyn Funeral Home in Elkins. A funeral service will be held at 12:00 pm Thursday from the funeral home chapel with Destry Daniels officiating. Interment will follow in the Beverly Cemetery. The Tomblyn Funeral Home of Elkins is in charge of the arrangements for James Ray “Little Hooch” Bodkin. Condolences may be expressed to the family at www.tomblynfuneralhome.com.

James Ray &#8221;Little Hooch&#8221; Bodkin, age 61 years, a resident of Elkins, passed away Thursday, July 4, 2019 at Broaddus Hospital in Philippi, WV. He had been in his usual health and his death was unexpected. He was born January 19,... View Obituary & Service Information

The family of James Ray Bodkin created this Life Tributes page to make it easy to share your memories.