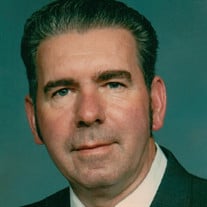 James Dale (Jim) Corcoran, 79, a resident of the Cravensdale Community of Elkins, passed away Saturday, June 4, 2016, at Valentines Nursing Home. He had been in declining health for an extended period of time. He was born April 22, 1937, at Elkins, the first son of the late Dale and Theresa Corcoran. Surviving to cherish his memories are one daughter Peggy (Steve) Petersen and one son Matthew (Tina) Corcoran. Two brothers Ray (Becky) Corcoran, Jack (recently deceased)(Patty) Corcoran and one sister Doris (Mike) Williams. He was formerly married for 33 years to Delores Elbon Corcoran Flint, who he remained friends with until the time of his death. Grandchildren are Josh (Melanie) Stott, Jana (Shane) Ball, Sarah (Dane) Stott, Alexandria Corcoran, Shyanne Corcoran, and step grandchild Mike (Nicole) Petersen. His great grandchildren are Teanika and Brynley Stott, Taelyn Ball, Scarlet Searing, Karson Corcoran, and step great granddaughter Serenity Petersen. He attended the schools of Randolph County and was a graduate with the class of 1955 of Elkins High School. Jim always enjoyed learning and completed several Peoples Law Courses hosted by local attorneys. Jim entered the US Army in 1956, after finishing Basic Training and Infantry School, he spent the majority of his military service at Baumholder, Germany, assigned to the 8th Infantry Division’s 28th Infantry. While there he earned the Expert Infantry Badge. Sergeant Corcoran was Honorably Discharged after three years as a Section Chief in the Mortar Battery. After his military service he worked 22 years at the Kelly Foundry and Machine Company as foreman of the Brass Section. He also worked at the Western Maryland Railroad where he worked on the track crew and was assigned to several different responsibilities and leadership roles. After the railroad went out in the Elkins area, he worked maintenance for the Department of Natural Resources and the City of Elkins, before retiring with more than 20 years with the Department of Highways. Jim loved the outdoors and was an avid hunter and fisherman during his lifetime, and could always be found bass fishing when he was a young man on the Tygart River with his best friend Harry Morgan. Jim patiently directed Harry’s casts into the most fruitful bass holes on the river, due to him being blind. In his later years he enjoyed socializing with his friends at the Senior Center and playing checkers. Jim was a Protestant by Faith, and attended the Elkins First Church of the Nazarene the majority of his life. Friends may call from 6:00 pm until 8:00 pm Wednesday, June 8, 2016 at the Tomblyn Funeral Home in Elkins. A funeral service will be held at 11:00 am Thursday, June 9th from the funeral home chapel with Pastor Eli Hostetler officiating. Interment will follow in the American Legion’s Little Arlington Cemetery at Cravensdale. Full military honors will be accorded at the gravesite by members of the West Virginia National Guard Honor Guard Program, H.W Daniels Post 29 American Legion and Tygart Valley Post 3647 Veterans of Foreign Wars. Contributions may be made to the American Cancer Society, 122 South High Street, Morgantown, WV 26501 or to Hospice Care Corporation, PO Box 760, Arthurdale, WV 26520 in memory of Jim. The Tomblyn Funeral Home of Elkins is in charge of the arrangements for James Dale (Jim) Corcoran. Condolences may be expressed to the family at www.tomblynfuneralhome.com.

James Dale (Jim) Corcoran, 79, a resident of the Cravensdale Community of Elkins, passed away Saturday, June 4, 2016, at Valentines Nursing Home. He had been in declining health for an extended period of time. He was born April 22, 1937, at... View Obituary & Service Information

The family of James Dale "Jim" Corcoran created this Life Tributes page to make it easy to share your memories.

James Dale (Jim) Corcoran, 79, a resident of the Cravensdale...