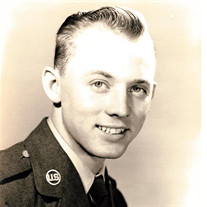 James L. "Jim" Jackson, age 82 years, a resident of Elkins, passed away Monday, September 25, 2017 in the River Oaks Nursing Facility in Clarksburg, WV. He was born January 4, 1935 at Elkins, a son of the late James Jackson and Nellie Kesling Jackson Rhew. On November 16, 1958 in Elkins, he was married to Carolene “Carole” Lane Jackson who survives. Also surviving are three daughters, Cheryl Basil and husband William, Christy Tingler and husband Joseph and Cindy Jackson all of Elkins. One granddaughter, Courtney Basil, Morgantown, WV, one sister, Jetta Louise Wagoner of High Point, NC, sister-in-law, Sharon Poe of Elkins and nephew Dean Wagoner of High Point, NC also survive. Also preceding him in death were his step-mother, Mildred Jackson, step-father, George Rhew and brother-in-law Roy Wagoner. Jim was a graduate of Elkins High School with the Class of 1952 and was an Airman First Class in the United States Air Force where he served during the Korean War. He retired as a Supervisor from Labcraft after thirty three years and later was employed by Wal-Mart where he retired in 2000 as Assistant Manager. He had coached Babe Ruth Baseball and his daughter’s softball teams and was a League Bowler at the Elkins Recreation Center. After retiring, he worked at voting polls during elections and at the Senior Center with assisting members with taxes. He was a member of the First Baptist Church and served as a Deacon of the church. Friends may call from 6:00 pm until 8:00 pm Thursday, September 28, 2017 at the Tomblyn Funeral Home in Elkins. A funeral service will be held at 2:00 pm Friday, September 29th from the funeral home chapel with Pastor Dewaine Corley officiating. Interment will follow in the Mountain State Memorial Gardens near Gilman. Full military honors will be accorded at the gravesite by members of the United States Air Force, H.W. Daniels Post 29 American Legion and Tygart Valley Post 3647 Veterans of Foreign Wars. In lieu of flowers, memorial contributions may be made to the Randolph County Humane Society, PO Box 785, Elkins, WV 26241 or Elkins Area Babe Ruth League, 416 Maple Lane, Elkins, WV 26241 in memory of Jim. The Tomblyn Funeral Home of Elkins is in charge of the arrangements for James L. “Jim” Jackson. Condolences may be expressed to the family at www.tomblynfuneralhome.com.

James L. "Jim" Jackson, age 82 years, a resident of Elkins, passed away Monday, September 25, 2017 in the River Oaks Nursing Facility in Clarksburg, WV. He was born January 4, 1935 at Elkins, a son of the late James Jackson and Nellie Kesling... View Obituary & Service Information

The family of James L. "Jim" Jackson created this Life Tributes page to make it easy to share your memories.