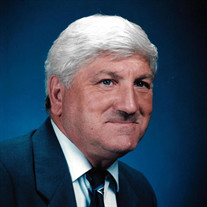 Jerry A. Marco, Sr., age 79 years, a resident of Coalton, passed away Sunday, June 21, 2020. He was born March 29, 1941 at Elkins, a son of the late Francis M. and Eula L. Shaver Marco. On December 3, 1965 at Buckhannon, WV, he was married to Judy L. Lewis who survives. Also surviving is one son, Jerry A. Marco, Jr., and wife Paula of Elkins and one daughter, Diane Currence and husband Don of Coalton. Three brothers, Harley Marco of Belington, WV, George Marco of Ravenna, OH and Danny Marco of Colorado, two grandchildren and six great grandchildren also survive. Also preceding him in death were four sisters and four brothers. Jerry was a retired coalminer having worked for Bethlehem Steel. He was an Elder of the Union Mission Church of Coalton where he also taught Sunday school and was a former Councilman for the town of Coalton. A graveside service will be held at 1:00 pm Friday, June 26, 2020 at Mountain State Memorial Gardens. Pastor Othie Kimble, Jr. will officiate. Presentation of the American flag will be made by members of the West Virginia National Guard Honor Guard Program. In lieu of flowers, please tell your family you love them today and every day, memorial contributions may be made to St. Jude Children’s Research Hospital, 501 St. Jude Place, Memphis, TN 38105 in memory of Jerry. Social distancing as well as masks will be required for those in attendance at the graveside service. The Tomblyn Funeral Home of Elkins is in charge of the arrangements for Jerry A. Marco, Sr. Condolences may be expressed to the family at www.tomblynfuneralhome.com.

The family of Jerry A. Marco, Sr. created this Life Tributes page to make it easy to share your memories.