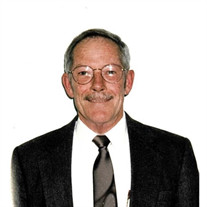 John Lee Wetzel, Sr., 84, passed away at his Montrose, West Virginia home on Friday, December 18. He is survived by his wife of 39 years, Jacqueline Ann Draper Wetzel; sons John Lee Wetzel, Jr. (Rudi), Michael Edward Wetzel (Rose), and Cary Wayne Beasley. Also surviving are daughters, Patricia Ann Wetzel Raffail, Rebecca Ann Wetzel Jayne, and Kimberly Ann McComas Swecker (Matt); brothers, Lewis Paul Wetzel (Kathy) and David Floyd Wetzel (Traci), sisters Betty Jean Wetzel Shreves, Barbara Kathryn Wetzel Hannah, Edwina Pauline Wetzel Palmer (Bob), Brenda Sue Wetzel Grubbs (Paul); ten grandchildren, three great grandchildren, and a host of nieces and nephews. He is pre-deceased by his parents, Edward Paul Wetzel and Frances Louise Klein Wetzel, of Nutterfort, West Virginia and sister Mary Louise Wetzel. Mr. Wetzel joined the United States Air Force the young age of 17, and served for 22 years in Vietnam as well as multiple foreign and domestic assignments. He retired as a Master Sergeant with honors in 1977. He followed his military service with time spent on the Gulf Coast of Florida, as a shrimper, owner and captain of The Maritha. He found his final career with the United States Post Office and moved back to the home of his youth, West Virginia. He carried mail for 14 years, retiring in 2001. An avid outdoorsman who loved to hunt, fish and pursue outdoor projects. He was a beloved husband, father and grandfather. Over the years, he served his community as Mayor of Montrose, as well as an official for numerous civic, educational and religious organizations. A graveside service will be held at 2:00 pm Tuesday, December 22, 2020 at the American Legion’s Little Arlington Cemetery. Dr. Ken Shiflet will officiate. Full military honors will be accorded at the gravesite by members of H.W. Daniels Post 29 American Legion, Veterans of Foreign Wars Post 3647 and the West Virginia National Guard Honor Guard Program. For the safety of those attending the service, masks and social distancing is requested at the gravesite. The family wants to extend a special thank you to the health care professionals of Davis Medical Center and The Cancer Care Center. In lieu of flowers, donations may be made to The American Cancer Society at www.cancer.org or The American Heart Association at www.heart.org. The Tomblyn Funeral Home of Elkins is in charge of the arrangements for John Lee Wetzel, Sr. Condolences may be expressed to the family at www.tomblynfuneralhome.com.

The family of John Lee Wetzel Sr. created this Life Tributes page to make it easy to share your memories.