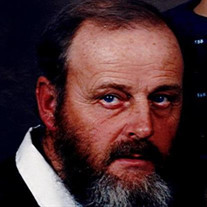 Joseph A. “Joe” Coberly, age 80 years, a resident of Kerens, passed away Tuesday evening, June 8, 2021 at Ruby Memorial Hospital in Morgantown, WV. He was born December 18, 1940 in Elkins, a son of the late Branem and Margie Raines Coberly. On April 30, 1965 at Wayside United Methodist Church, he was united in marriage to Jo Ann Tingler who survives at Kerens. Also surviving is one son, Mike Coberly and fiancée’ Tammy Ramsey of Kerens; one brother, Dave Coberly and wife Diane of Montrose and three sisters, Charlotte Kisner of Goldsboro, NC, Judy Paugh of Elkins and Sandy Harman and husband Jack of Elkins. Six grandchildren, Molly Coberly, Margie Coberly, Hailey Coberly, Michael Coberly, Jr., Allen Ramsey and Brian Ramsey; his sister-in-law Ruby Tingler Massey and husband Robert of Cape Coral, FL and numerous nieces and nephews also survive. Also preceding him in death were four brothers, Marvin, Paul, John and Jeff Coberly; two sisters, Mary Goode and Susie Swager and one granddaughter, Bailey Coberly. Joe was a graduate of Elkins High School and a Veteran of the Army Corp of Engineers serving in Germany from 1964 until 1967. He was employed by Mountaineer Gas for thirty two years prior to his retirement. Joe was an avid outdoorsman who loved to hunt, fish, and spending time walking in the woods on his property. He was a Methodist by Faith and attended the Orlena United Methodist Church. Friends may call from 5:00 pm until 7:00 pm Tuesday, June 15, 2021 at the Tomblyn Funeral Home in Elkins. A funeral service will be held at 11:00 am Wednesday, June 16th from the funeral home chapel. Pastor Kevin Gainer will officiate. Masks and social distancing will be required for everyone attending the services. Interment will follow in the Mountain State Memorial Gardens near Gilman. The family request memorial contributions be made to the Orlena United Methodist Church, c/o Debbie Isner, 110 Conway Drive, Elkins, WV, 26241 or St. Jude Children’s Research Hospital, 501 St. Jude Place, Memphis, TN 38105 in memory of Mr. Coberly. The Tomblyn Funeral Home of Elkins is in charge of the arrangements for Joseph A. “Joe” Coberly. Condolences may be expressed to the family at www.tomblynfuneralhome.com.

The family of Joseph Albert "Joe" Coberly created this Life Tributes page to make it easy to share your memories.