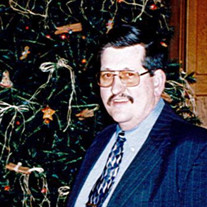 Karl David “Joe” Godwin, 78 years old, a resident of Elkins, West Virginia, departed this life on Monday, November 29, 2021 in Charlottesville, Virginia, following a brief illness. Prior to that, Joe had been in his usual health, and his death was unexpected. Joe was born July 27, 1943 in Elkins. He was the son of the late Myrtle Grace (Simmons) Hamrick and Karl Dustin Godwin. He was raised on a farm on Laurel Mountain by his maternal grandparents, Robert “Pop” and Dove Simmons. He was a graduate of Elkins High School with the class of 1961. On June 28, 1964, he married the love of his life, Janet (England) Godwin, who survives. At the time of his death, Joe and Janet had been married fifty-seven years and still worked full-time, side-by-side, at Roy’s Home Sales where Joe was the lot manager. Joe was the proud father of two children, Karl “David” Godwin, II and Jaymie Godwin Wilfong. David is married to Kristina (Casscles) Godwin and lives in Starkville, Mississippi. Jaymie lives in Elkins with her husband, Matthew Wilfong. Joe’s heart grew even bigger when David and Kris gave him his two grandchildren, Brannon Godwin (of Strasbourg, France) and Eric Godwin (of Starkville, Mississippi). In addition to his parents and maternal grandparents, Joe’s sister, Bonita Sue (Godwin) Wymer, his nephew, Michael David Wymer, several aunts, uncles and cousins preceded him in death. Joe is survived by his brother, Richard “Dick” Hamrick (and his wife, Donna) of Elkins, his sisters Peggy (Hamrick) Harvey (and her husband, Tim) of Luray, Virginia and Sherri (Hamrick) Fridley (and her husband, Jim) of Philippi, and his niece, Brenda (Wymer) Hunt (and her husband, Jeff) of Moatsville. Joe was a lover of all animals, and had a special pet cat, Douglas, at the time of his death. Over the span of several decades, Joe held many jobs, but his passion was sales. In addition to his employment at Roy’s Home Sales for over twenty-five years, Joe owned and operated a Snap-on Tools business, sold Mack Trucks, worked at Region VII Planning and Development, and was employed by Enviro Energy as a Purchasing Agent. In his younger years, Joe was a volunteer fireman with the Leading Creek Fire Department and an EMT who volunteered his time and services to the Randolph County Emergency Squad. Joe loved antique vehicles – the older, the better. He and his close friends, Ted Bennett and Elmer Mallow, worked tirelessly restoring and rebuilding many old cars and trucks. Joe was a great story-teller, and always had those around him laughing. He will be terribly missed by his friends and family, who he loved unconditionally. Friends may call from 12:30 pm until 2:00 pm Friday, December 3, 2021 at the Tomblyn Funeral Home in Elkins. A funeral service will be held at 2:00 pm Friday from the funeral home chapel. Rev. Brian L. Seders and Pastor Terry Burgess will officiate and interment will follow in the Maplewood Cemetery. The family request those attending the services wear a mask and practice social distancing. In lieu of flowers, the family asks that you consider donating to the Randolph County Humane Society, PO Box 785, Elkins, WV 26241 or Hospice of the Piedmont Center for Acute Hospice Care, 675 Peter Jefferson Parkway, Suite 300, Charlottesville, VA, 22911. The Tomblyn Funeral Home of Elkins is in charge of the arrange-ments for Karl David “Joe’ Godwin. Condolences may be expressed to the family at www.tomblynfuneralhome.com.

Karl David &#8220;Joe&#8221; Godwin, 78 years old, a resident of Elkins, West Virginia, departed this life on Monday, November 29, 2021 in Charlottesville, Virginia, following a brief illness. Prior to that, Joe had been in his usual health,... View Obituary & Service Information

The family of Karl David "Joe" Godwin created this Life Tributes page to make it easy to share your memories.