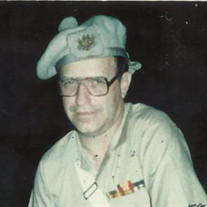 Mr. Kenneth R. Cobb, age 75 years, a resident of Elkins, passed away Saturday, July 11, 2020 in the Ruby Memorial Hospital in Morgantown. A proud, native West Virginian, Kenneth was born July 25, 1944 in Charleston, WV a son of the late Rufus and Elfrieda Ellen Massie Cobb. On January 8, 1984 in Elkins he was married to Ruth Ellen Eakin Cobb who survives in Elkins. Surviving are two daughters, Kaitlyn Victoria Shaffer of Morgantown and Karen Alyssa Cobb of Elkins, one grandchild, Thea Shaffer, one son-in-law, S. Cole Shaffer, two sisters-in-law, Sandra Cobb and Kathryn Eakin, a brother-in-law, Robert W. Eakin, two nieces, Stephanie Van den Bulk and Jane Cobb, and one nephew, Brett Cobb. Also, preceding him in death was one brother, James Nelson Cobb. Ken attended the schools of Kanawha County, graduating from Dunbar High School Class of 1962, and later attending West Virginia State College to study Chemistry. He was a Veteran of the United States Navy, proudly serving his country as a medic during the Vietnam War. He was employed for many years in the Healthcare Industry as a Clinical Laboratory Technologist, having received his clinical laboratory training while serving in the Navy. He worked at both Memorial General and Davis Memorial Hospitals in Elkins for 25 years. He was retired from the office Dr. Farukh Khan, where he worked for almost 20 years. Described as “an avid sportsman and true conservationist”, Kenneth enjoyed hunting and fishing in West Virginia’s natural splendor, eventually channeling that passion into a hobby: freelance writing. His Outdoor Sports column was a regular feature in the Sports section of The Inter-Mountain local newspaper for many years. He was a member of H.W. Daniels Post 29 American Legion, the West Virginia Railroad Museum, the Mountaineer Chapter of the Izaak Walton League of America, the National Rifle Association, and a former member of the West Virginia Highlanders of Davis & Elkins College. He enjoyed classical Hollywood cinema and television and the music of that era and had a keen interest in history, particularly West Virginia and American railroad history. Ken’s request to be cremated has been honored. A memorial service will be announced at a later date. Memorial contributions may be made to the American Cancer Society, 122 South High St., Morgantown, WV 26501 in memory of Ken. The Tomblyn Funeral Home of Elkins is in charge of the arrangements for Kenneth R. Cobb. Condolences may be expressed to the family at www.tomblynfuneralhome.com.

The family of Kenneth R. Cobb created this Life Tributes page to make it easy to share your memories.