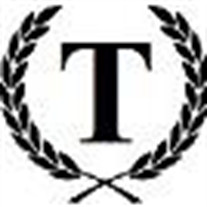 Kenneth David Weese, 70, of Gallatin, TN passed away peacefully on January 12, 2018 at his home after a long battle with melanoma. Kenny was born in Elkins, WV on November 22, 1947. He is survived by his wife of 40 years, Debbie Bennett Weese and his son, Dr. Daniel K. Weese (Dr. Vaishali Weese) of Nashville, TN. Daniel was Kenny’s pride and joy and would never hesitate to brag on his son’s accomplishments to anyone who’d listen. Kenny endeared himself to his doctors, nurses, and Daniel’s coworkers by baking homemade goodies and delivering them to the office. They loved to see him coming – not for the goodies, but for his warm and caring heart. Kenny is also survived by his brothers Edward (Nancy) Weese of Elkins, Stanley (Marcella) Weese of Gallatin, TN, and his sister Madonna Weese of Champaign, IL. For the past year, Barney has been his faithful K-9 companion and protector, always guarding his master. Kenny was proceeded in death by his parents Edward and Frances Weese of Elkins. Kenny graduated from Elkins High School with the class of 1966 where he was #55 on the football team. He graduated from West Virginia University in 1971 and returned to work in the family business, Ed Weese and Sons Electrical Contracting. He worked alongside his brother Ed until he and his family moved to Gallatin, TN in 1986. Kenny continued working as an independent contractor until joining Volunteer State Community College in 1999. Kenny was a member of Long Hollow Baptist Church in Hendersonville, TN. He freely shared the love of his savior, Jesus Christ and taught many Bible studies throughout his life. He also mentored many young Christians alongside Debbie with her work in the high school ministries. No funeral service is planned, but a Celebration of Life will be held in the near future. In lieu of flowers, memorials may be made to Snooty Giggles Dog Rescue at http://snootygiggles.com or the Nathan Johnson Scholarship at Long Hollow Baptist Church http://Longhollow.com/give or mailed to Long Hollow Baptist Church 3031 Long Hollow Pike, Hendersonville, TN 37075. Cards and words of encouragement can be sent to Debbie Weese, 523 Neals Lane, Gallatin TN 37066.

Kenneth David Weese, 70, of Gallatin, TN passed away peacefully on January 12, 2018 at his home after a long battle with melanoma. Kenny was born in Elkins, WV on November 22, 1947. He is survived by his wife of 40 years, Debbie Bennett Weese... View Obituary & Service Information

The family of Kenneth David Weese created this Life Tributes page to make it easy to share your memories.