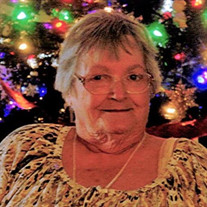 On November 14, 2021, Lena Mae (Wiseman) Simmons of Mabie, WV departed this world to go home to be with her Lord and Savior Jesus Christ. Lena’s death was expected after a period of declining health and she was currently residing at Elkins Rehabilitation & Care Center. Lena was born on April 21, 1931, the eldest child of Benjamin Wiseman and Lenora “Doodle” Stuckey Wiseman, who preceded her in death. Lena was born at their home in Harpertown, WV. She attended grade school in Grafton and Mabie and graduated from Coalton High School in 1949. Lena loved her parents and siblings very much; for several years she helped take care of her parents and took her mother to dialysis multiple times a week, even traveling wintery roads. When asked what the most important things her parents taught her, she would say, “to be kind, respectful, and show love.” On October 20, 1951, Lena married the Reverend Leslie Donald Simmons, who preceded her in death on November 18, 1988. Lena made a happy home for Donald as a homemaker, where they raised four children together. The couple lived most of their married life next door to Harrison Community Church which they assisted in the construction of the building. Lena was a Christian by faith, she had been born again through Christ since the age of 11; she attended and was a member of the Harrison Community Church of Mabie where she taught Sunday School for 30 years and played the piano. Anyone who knew Lena knew she loved to spread the gospel through the gift of song. She began singing early with her brother and sisters. Her favorite time of the year was the annual Gospel Sing “Singing in the Hills” that takes place at Harrison Community Church and was founded by her brother Dorsey Wiseman in 1974. For many years Lena traveled with her brother-in-Christ Neal Shockey (deceased), her dear friend and sister-in-Christ Edna Shockey, and beloved Pastor Gregg Lanham (deceased). They loved singing at different church and revival services and often sang many nights in a row. Besides her parents and husband, Lena was preceded in death by her mother and father-in-law Ivy Zickafoose Simmons and Leslie Simmons; her brother Dorsey Wiseman; her beloved grandson Nathaniel Joe Simmons; her granddaughter-in-law Tabitha Matthews Hinchman; a great-grandchild Eliana Hinchman; and several brother and sisters-in-law. Lena had a great love of family and treasured each and every one. She took great joy in visits from her family, family parties, and reunions. Left to treasure Lena’s memory are two sisters - June Watson of Leavittsburg, OH and Margaret Gilmore of Bell View, OH; four children - Lena Lorraine Simmons and husband Randy Burton of Juneau, AK; Joey Simmons and wife Anita of Mabie; Eddie Simmons and wife Melody of Junior; and Patricia Wilson and husband Mark of Belington. Lena has seven living grandchildren, Ben Simmons and wife Jackie of Junior; Matthew Hinchman and wife Kim of Mabie; April Tate and partner Philip Garber of Bruceton Mills; Elijah Simmons and wife Sara of Jane Lew; Amanda Arbogast and husband Mike of Elkins; Jennifer Simmons of Mabie; and Korey Simmons and wife Ashlee of Cyclone, PA. Lena has 14 great grandchildren - Paige, Elias, Callie, Quinton, Heston, Augustus, Lily, Anthony, Brinley, Alec, Sammy, Buxton, Willia, and Faith. Lena treasured visits from her grandchildren and loved to show pictures of her great grandchildren to anyone she could. She felt that “each new grandchild was a treasure.” Lena has also left behind several nieces and nephews and always looked forward to visits from her niece Donna Marie. As the family and friends of Lena Mae Simmons mourns their loss, they can take comfort in knowing that she was met by the river by those who had gone on before her and in those quiet moments when they miss her most, if they listen closely, they will still be able to hear her sing “By and By When the Morning Comes”. Friends may call from 6:00 pm until 8:00 pm Thursday, November 18, 2021 at the Tomblyn Funeral Home in Elkins. Her Home Going service will be held at 11:00 am Friday, November 19th from the funeral home chapel with Rev. Sean Barnett officiating. Family and friends will gather to celebrate her life and rejoice in her new life. Interment will follow at Rowan Memorial Cemetery, Mabie, WV. The family requests that masks be worn and social distancing be observed by anyone attending the services. In lieu of flowers, donations can be made to Harrison Community Church, 367 Ryan Run Road, Mabie, WV 26278 in memory of Lena which will assist the Operation Christmas Child Program or the local Back Pack Program. The Tomblyn Funeral Home of Elkins is in charge of the arrangements for Lena Mae (Wiseman) Simmons. Condolences may be expressed to the family at www.tomblynfuneralhome.com.

On November 14, 2021, Lena Mae (Wiseman) Simmons of Mabie, WV departed this world to go home to be with her Lord and Savior Jesus Christ. Lena&#8217;s death was expected after a period of declining health and she was currently residing at Elkins... View Obituary & Service Information

The family of Lena Mae Simmons created this Life Tributes page to make it easy to share your memories.