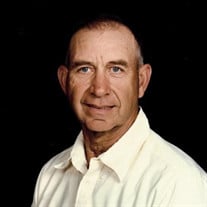 Neal Shockey, 87 years old, beloved husband, father, grandfather and friend, passed from this life on Tuesday, August 4, 2020 at his home in Mabie, WV to go home to his Lord and Savior. He was surrounded by family and under the care of Mountain Hospice. Neal was born April 2, 1933 in Long, WV a son of the late Harrison G and Missouri Currence Shockey. He was the last surviving member of his immediate family. On October 6, 1956 he married to the love of his life Edna M Watson Shockey, who survives. Neal served in the United States Army from 1953 to 1955. He retired in 1998 from the United States Postal Service after being a rural mail carrier for 40 years. He was a member of the Coalton VFW Post 5583 and an active member of the Harrison Community Church where he taught Sunday school for 5O years and was a chairman of the board. He was also an active member of the Emmaus Kairos ministry. Besides his loving wife of 63 years, Neal is also survived by their five children. Debra (Kendall) Riggleman of Mabie, Connie (Denver) Pritt of Coalton, Cynthia (Lester) Pritt of Mabie, Dale (Angie) Shockey of Mabie and Denise (Sean) Barnett of Buckhannon. Also surviving are eight grandchildren and seven great grandchildren, Marie (Jason) Elmore, Eric Riggleman, Heather Pritt, Forrest Pritt, Melissa (Eric) Dodrill, Daryl (Sydney) Shockey, Logan and Abigail Barnett, Izak and Alys Elmore, Noah and Cameron Rowan, Ember Franklin, Callen and Bryant Dodrill. As well as two foster grandchildren, Ethan and Sadie; many neighborhood children who thought of him as grandpa Shockey and a special niece and great niece Ann and Morgan Stein. Many other nieces and nephews who looked up to him and two in-laws, Bill Thornhill of Kansas City, MO and Rose Marie Shockey of Baltimore, MD also survive. Also preceding him in death were six sisters, Edith Pastine, Maudaline Carver, Ada Virginia Shockey, Mary Chedister, Martha Thornhill, and Myrtle Weese; four brothers Howard, Bernard, Richard, and Jacob Shockey and one grandson Lester "PJ" Pritt, Jr. Friends may call from 5:00 pm until 8:00 pm Friday, August 7, 2020 at the Harrison Community Church at Mabie. A funeral service will be held at 3:00 pm Saturday, August 8th, from the church with Pastor Tim Turner officiating. Interment will follow at Mountain State Memorial Gardens at Gilman where military rites will be accorded at the gravesite. As we continue to follow the mandate of Gov. Jim Justice and the guidelines established by the Center for Disease Control, masks and social distancing will be required for anyone attending the services for Mr. Shockey. The family requests in lieu of flowers contributions be made in memory of Neal Shockey to Coalton VFW Post 5583, 3436 Coalton Pumpkintown Rd, Coalton, WV 26257 or to Harrison Community Church, 367 Ryan Run, Mabie, WV 26278. The Tomblyn Funeral Home of Elkins is in charge of the arrangements for Neal Shockey. Condolences may be expressed to the family at www.tomblynfuneralhome.com.

Neal Shockey, 87 years old, beloved husband, father, grandfather and friend, passed from this life on Tuesday, August 4, 2020 at his home in Mabie, WV to go home to his Lord and Savior. He was surrounded by family and under the care of Mountain... View Obituary & Service Information

The family of Neal Shockey created this Life Tributes page to make it easy to share your memories.