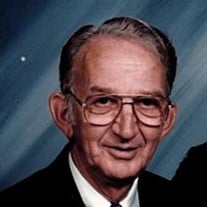 Mr. Newton F. “Newt” Riggleman, age 88 years, a resident of the Files Creek Community, Beverly, WV, passed away Monday morning, December 24, 2018 at his home. He was born June 16, 1930 at Monterville, WV, a son of the late Calvin and Lettie Hogan Riggleman. On April 1, 1960 he was married to Luella Hinzman Riggleman who preceded him in death June 26, 2001. Surviving are three sons, Robert E.”Bob” Riggleman and wife Julie of Lewisburg, WV, Philip D. Riggleman and wife Jennifer of Beverly and Newton F. Riggleman, II and wife Gwen of Lynchburg, VA. One daughter, L. Michelle Wilson and husband Les of Flatwoods, WV and twelve grandchildren, Jacob and Clarissa Riggleman, Dwight and Daniel Wilson, Catie Gainer, Isaac, Caleb, Adam and Susan Riggleman and Skye, Kara and Kayla Riggleman also survive. Also preceding him in death was one infant son, Dwight David Riggleman, one brother, George Elmer Riggleman and two sisters, Virginia Ann Stalnaker and Jeanette “Janet” Lewis. Newt attended the schools of Randolph County and graduated in 1948 from Tygart Valley High School. He was a Veteran of the United States Army and obtained the rank of Corporal while surviving during the Korean Conflict in Alaska. He had worked for Bethlehem Steel, Bank of Mill Creek and had served as a Deputy Sheriff for Randolph County. Prior to his retirement, he served for twenty eight years as the Circuit Clerk of Randolph County. He was a lifelong farmer, a member of HW Daniels Post 29 American Legion and a Protestant by Faith. Friends may call from 5:00 pm until 8:00 pm Thursday, December 27, 2018 at the Tomblyn Funeral Home in Elkins. A funeral service will be held at 11:00 am Friday, December 28th from the funeral home chapel with Pastor Mark Epperson officiating. Interment will follow in the American Legion’s Little Arlington Cemetery at Cravensdale. Memorial contributions may be made to Mountain Hospice, 1002 Crim Ave, Belington, WV 26250 in memory of Newt. The Tomblyn Funeral Home of Elkins is in charge of the arrangements for Newton F. “Newt” Riggleman. Condolences may be expressed to the family at www.tomblynfuneralhome.com.

The family of Newton F. "Newt" Riggleman created this Life Tributes page to make it easy to share your memories.