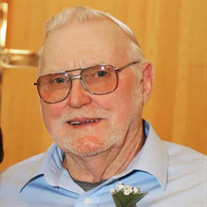 Patrick Randolph Broschart, age 72, a lifelong resident of the Jimtown Community departed this life Wednesday, January 27, 2021. Preceding Patrick in death were his parents, Claude N. Broschart and Edna V. Regester Broschart. Also, preceding him in death were brothers, George Broschart and John Broschart; sisters, Edna Jean Decker (Broschart) and Judith Rowan (Broschart). Surviving are one brother, Robert Broschart and wife Terry of Jimtown and one sister, Marie Nees of Cunot, Indiana. He is also survived by brother-in-law, Frank Decker of Cary, NC and sister-in-law, Patty Broschart of Jimtown. Surviving also are four children, daughter Paula “P.J.” Jones and husband Jim with children, Celena Woodford and Meghan and Andrew Merritt of Mabie; daughter Carla Marsh and husband Derek with children Joseph and Jaret Marsh of Belington; son, Nathaniel Broschart and wife Brittany with son, Brayden Crossman of Beverly; daughter Joscelyn Meyer and husband Elijah with daughter Harper Meyer of Fairmont, WV. He is survived by several nieces and nephews. Also surviving are former spouses, Judith Broschart of Beverly and Loretta Broschart of Warm Springs, VA. Patrick was a graduate of the Coalton Twelve Year School with the Class of 1966. He was an Army Veteran of the Vietnam Era. Last employment was with Colonial Millworks of Beverly, a former heavy equipment operator having worked several surface mines in the area and was a former member of the Laborers Union #594 of Clarksburg. Patrick was never out of work unless he wanted to be. He enjoyed hunting, fishing, trapping and keeping a garden among other outdoor activities. Patrick was a member of HW Daniels Post 29 American Legion of Elkins, Moose Lodge #598 of Buckhannon, Elks Lodge #1736 of Buckhannon and the Fraternal Order of Eagles #4357 of Buckhannon. He was also a member of the National Rifle Association and West Virginia Trappers Association. Friends may call from 6:00 pm until 8:00 pm Saturday, January 30, 2021 at the Tomblyn Funeral Home in Elkins. Social distancing and masks are required for anyone attending the services. A graveside service will be held at 2:30 pm Sunday, January 31, 2021 at the Phillips Cemetery in Jimtown. Rev. James Murphy will officiate and interment will follow. In lieu of flowers, Patrick requested that memorial donations be sent to the Phillips Cemetery, C/O William “Mickey” Phillips, 1155 Buckhannon Pike, Coalton, WV 26257. The Tomblyn Funeral Home of Elkins is in charge of the arrangements for Patrick Randolph Broschart. Condolences may be expressed to the family at www.tomblynfuneralhome.com.

The family of Patrick Broschart created this Life Tributes page to make it easy to share your memories.

Patrick Randolph Broschart, age 72, a lifelong resident of the...