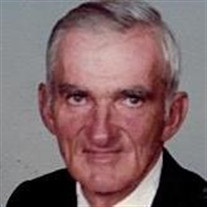 Mr. Ralph Edgar Snyder, age 91 years, a former resident of Huttonsville and a resident of Valley Bend, passed away Tuesday, May 16, 2017 at his home. He was born July 29, 1925 at Huttonsville, a son of the late Edward J. Snyder and the late Nancy Willa Pritt Snyder. On February 10, 1949 at Mill Creek, he was married to Dorothy Rose Channell who preceded him in death on December 23, 1989. Surviving are one son, Randall Edward Snyder and wife Carol of Huttonsville; two daughters, Sharon L. Howell of Elkins and Shelia R. Shaffer and companion Kenneth Wegman of Valley Bend. Seven grandchildren, one step granddaughter and fourteen great grandchildren also survive. Ralph was the last surviving member of his immediate family having been preceded in death by one brother, Fred I. Snyder, sisters-in-law, Virginia Snyder, Ava Snyder and Mary Ware and brothers-in-law, Lehman, Fred and John Channell, Zenith Porter, Al Takach and Ralph Ware. Ralph attended the schools of Randolph County and was a Veteran of the United States Navy serving during World War II. He was employed by Randolph Builders Supply and Myles Lumber Company at the time of his retirement and loved farming following his retirement. He was a member of the Oak Grove United Methodist Church, H.W. Daniels Post 29 American Legion, AARP, the Randolph County Senior Center and a member of the U.S.S. Gunnison (DE-795) Reunion Group. Friends may call from 5:00 pm until 8:00 pm Friday, May 19, 2017 at the Tomblyn Funeral Home in Elkins. On Saturday, May 20th, he will be moved to the Oak Grove United Methodist Church near Valley Head for visitation from 2:00 pm until 3:00 pm the funeral hour. Pastor Ann Fretwell will officiate and interment will follow in the Valley Head Cemetery. Presentation of the American Flag will be made by the United States Navy at the gravesite. Memorial contributions may be made to the Oak Grove United Methodist Church, c/o Shirley Swecker, 56 Nickle Road, Valley Head, WV 26294 or Mountain Hospice, 1600 Crim Ave., Belington, WV 26250 in memory of Mr. Snyder. The Tomblyn Funeral Home of Elkins is in charge of the arrangements for Mr. Ralph Edgar Snyder. Condolences may be expressed to the family at www.tomblynfuneralhome.com.

Mr. Ralph Edgar Snyder, age 91 years, a former resident of Huttonsville and a resident of Valley Bend, passed away Tuesday, May 16, 2017 at his home. He was born July 29, 1925 at Huttonsville, a son of the late Edward J. Snyder and the late... View Obituary & Service Information

The family of Ralph Edgar Snyder created this Life Tributes page to make it easy to share your memories.