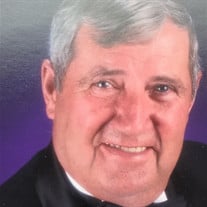 Raymond P. Acord, age 83 years, a resident of the Georgetown Road, Beverly, passed away Friday, November 18, 2016 at Nella’s Nursing Home. He was born November 6, 1933 at Oceana, WV, a son of the late Valentine Witcher and Margory Wright Acord. On January 10, 1953 at Hatcher, WV, he was married to Arizona “Frances” Dotson Acord who survives. Also surviving is one daughter, Vicky Lynn Acord of Dailey, two brothers, Deleno Acord of North Carolina and Charles Acord of Oceana, WV and two sisters, Irene Reed of Berea, KY and Sue Vent of Man, WV. One grandchild, Timothy Laxton, as well as Linda Chambers a close family friend, also survive. Also preceding him in death were six brothers and sisters, Hiram, Clint and Carrie Acord, May Dalton, Josephine Morgan and Emmaline Jasper. Raymond retired from Coastal Lumber Company and later was a driver for Country Roads Transit where he also retired. At the request of Mr. Acord, his remains were cremated. Friends will be received from 5:00 P.M. until 7:00 P.M. Thursday, December 8, 2016 at the Tomblyn Funeral Home of Elkins. A memorial celebration will be held at 7:00 P.M. Thursday, December 8th from the funeral home chapel. Memorial contributions may be made to the Randolph County Senior Center, P. O. Box 727, Elkins, WV, 26241 in memory of Mr. Acord. The Tomblyn Funeral Home of Elkins is in charge of the arrangements for Raymond P. Acord. Condolences may be expressed to the family at www.tomblynfuneralhome.com.

The family of Raymond P. Acord created this Life Tributes page to make it easy to share your memories.

Raymond P. Acord, age 83 years, a resident of the Georgetown...