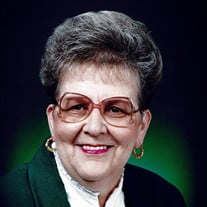 Rita Beatrice Capezutto Nestor, age 87 years, a resident of Elkins, passed away Friday, February 12, 2021 at Colonial Place in Elkins under the care of Mountain Hospice. She was born October 16, 1933 at Boston, MA, a daughter of the late Joseph Capezutto and the late Elizabeth White Capezutto Campana. On June 26, 1955 in East Boston, MA, she was married to Ronald Lee Nestor who preceded her in death January 11, 2012. Surviving Rita are her sons, David Nestor (Julie) and Stephen Nestor as well as her loving grandchildren, Sam and Rachel Nestor. Rita’s devoted daughter-in-law, Dee Dee Nestor, brother and sister-in-law, Gary and Gloria Killean of Akron, OH and special friends, Thelma Shumake and Lynette Hinchman also survive. Many loving nieces, nephews and cousins also survive. Besides her husband and parents, she was preceded in death by a cherished granddaughter, Maria Ann Nestor and a loving sister June Violet. Mrs. Nestor was employed by Midland Public Service prior to her retirement. She attended Saint Brendan Church and was a member of the American Legion’s Women’s Auxiliary and the Elkins Women’s Bowling League. A special thanks to the staff at Colonial Place for the loving kindness and compassion shown to Rita during her stay. The service for Mrs. Nestor will be private with interment to follow in the Mountain State Memorial Gardens at Gilman. In lieu of flowers, the family requests memorial contributions are made to Holy Rosary Guild to purchase a statue in memory of Sister Mary Ella. Mail contributions to St. Brendan Catholic Church RR 4, Box 515 Elkins, WV 26241. Write Sr. Mary Ella on the memo line. The Tomblyn Funeral Home of Elkins is in charge of the arrangements for Rita Beatrice Capezutto Nestor. Condolences may be expressed to the family at www.tomblynfuneralhome.com.

Rita Beatrice Capezutto Nestor, age 87 years, a resident of Elkins, passed away Friday, February 12, 2021 at Colonial Place in Elkins under the care of Mountain Hospice. She was born October 16, 1933 at Boston, MA, a daughter of the late Joseph... View Obituary & Service Information

The family of Rita Nestor created this Life Tributes page to make it easy to share your memories.